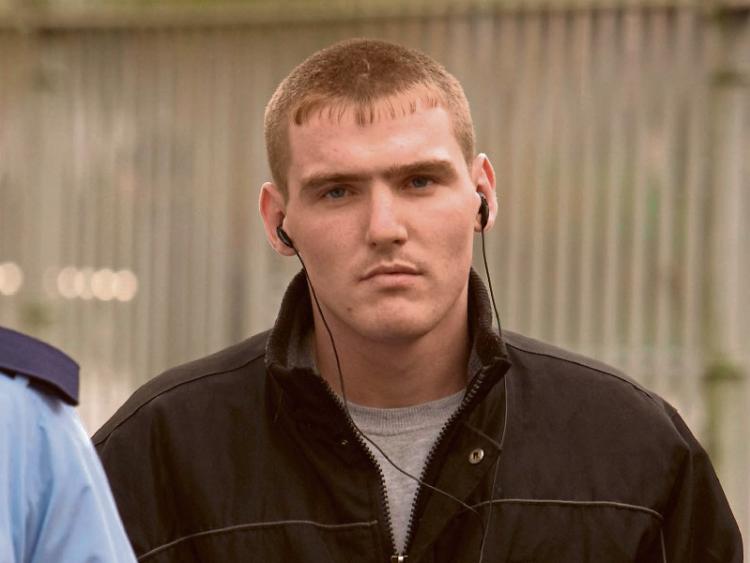 A SERIAL offender who robbed more than €800 from a bookmakers premises in the city centre was, this week, sentenced to four years’ imprisonment.

Willie O’Dwyer, aged 28, of no fixed abode, admitted taking €810 from Ladbrokes, Cecil Street after threatening two members of staff with a knife.

During a sentencing hearing, Garda Enda Clifford told Limerick Circuit Court the defendant, who has almost 100 previous convictions, entered the premises at around 6.30pm on April 17, 2015.

O’Dwyer, who was wearing a hoodie and had a scarf covering his face, produced a knife and threatened the two workers before ordering them to open the till.

The employees retreated and locked themselves inside a toilet from where they rang the gardai.

After jumping the counter the defendant started banging on the toilet door and demanding that they come out.

When they refused he took the cash and a results docket from the till.

Garda Clifford said after leaving the premises, O'Dwyer cycled to McGarry House at Alphonsus Street where he was living at the time.

He told the court that when he called to the defendant’s room a short time after he was alerted to the incident, he observed O’Dwyer changing his clothes.

He told John O’Sullivan BL, prosecuting that a large quantity of cash was found on the bed along with a results slip which matched the one which had been taken during the robbery.

While the defendant did not make any admissions while in custody, it was submitted by Mr O’Sullivan that the case against him was “coercive”.

However he accepted that while CCTV from Ladbrokes was ‘helpful’ O’Dwyer was not identifiable on the footage.

During the sentencing hearing, which was heard in February, Mark Nicholas BL, defending, said his client, who has been in custody since his arrest, was engaging with the prison authorities and making efforts to deal with his drug addiction.

He said O’Dwyer regrets what happened and wished to apologise to the staff members who he threatened.

Imposing sentence, Judge Tom O’Donnell commented that O’Dwyer is a “career criminal” and he said it was an aggravating factor that he continues to get into trouble and reoffend despite having served a number of prison sentences in the past.

He said the offence was premeditated and planned and that the defendant had selected an easy target.

He added the incident had been extremely frightening for the two Ladbrokes employees – particularly as a knife had been produced.

While O’Dwyer did not make any admissions following his arrest, he said his guilty plea was a mitigating factor as was the fact that he is now engaging with the Merchant’s Quay project.

He imposed a four year prison sentence, which he backdated to the date of the offence.