Matthew Thomas will take up new role in June 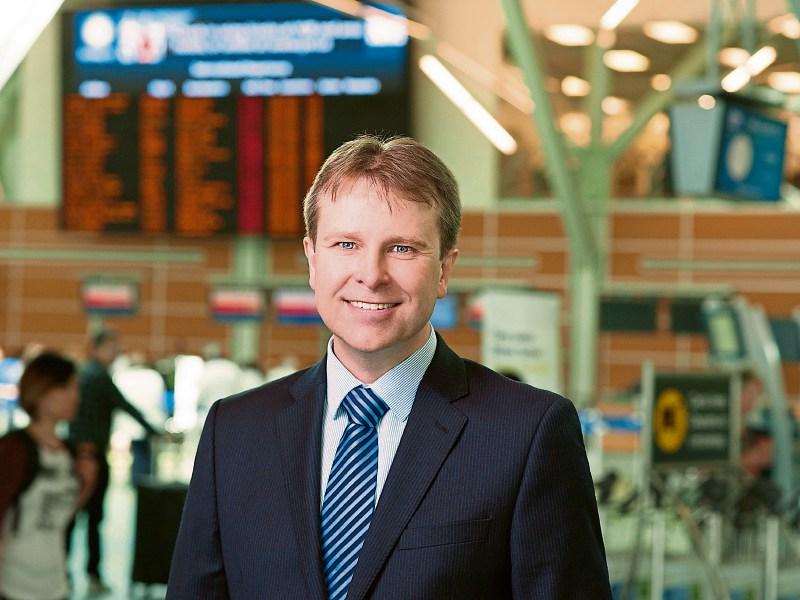 Matthew Thomas has been appointed CEO of the Shannon Group

The Board of the Shannon Group plc has announced the appointment of Matthew Thomas as the company’s new Chief Executive.

The 43-year-old joins the Shannon Group from the Vantage Airport Group, where he is currently Chief Commercial Officer.

Vantage is a leading global operator, developer and investor in airports, based in Vancouver, Canada, created by the multi-award winning Vancouver Airport Authority.  Matthew, who has worked with the Vantage Airport Group since 2008, has been involved in the majority of Vantage’s thirty airport projects across four continents, including nineteen significant airport transitions.

As Chief Commercial Officer, he has been responsible for leading the implementation of the Group’s business development strategy.

Most recently in New York, where he played a leading role in winning the $4 billion redevelopment contract of the Central Terminal at La Guardia Airport, the largest public-private-partnership in the United States.

Between 2010 and 2014, Matthew was based in England where he initially worked as Chief Commercial Officer of Peel Airports and later as CEO.

Matthew Thomas, who will take up the role next month, says he is looking forward to the challenge:  “I'm excited to be coming to Shannon and Ireland at this time, and to have this opportunity to share my diverse experience with the Shannon Group.  Shannon has an iconic place in aviation history. It is the gateway to The Wild Atlantic Way, and I know that it is very important to both the regional and national economy.”

Welcoming the appointment, Rose Hynes, Chairman of Shannon Group, said: “He brings to the role a deep knowledge of the aviation industry combined with significant commercial experience. He combines pragmatic, effective management with strategic purpose and has an excellent track record of success. We are very fortunate to have secured an executive of Matthew’s ability and proven international experience to drive our strategic agenda, not just for the benefit of Shannon Group, but for the benefit of the Irish economy as a whole.”

Matthew, who is originally from Manchester, is married to Nancy and lives with their  young son, William (1).