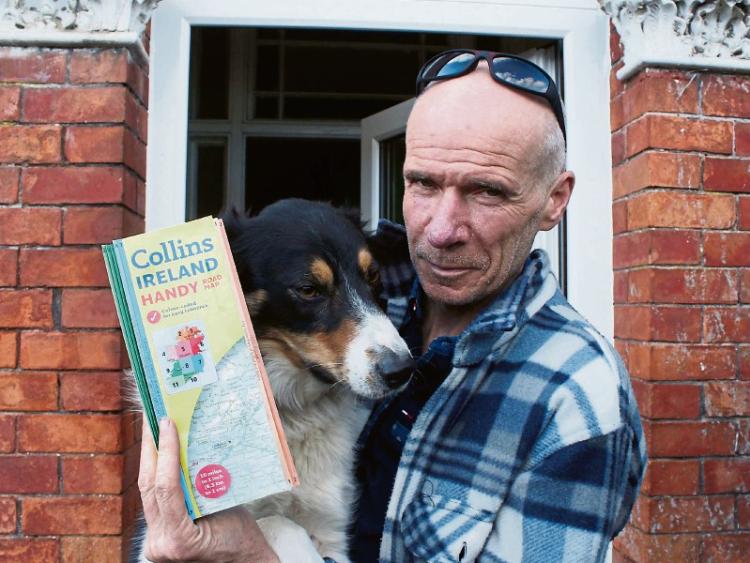 Shep, the clever Collie, and delighted owner, Colm Casey, at home in Limerick

HE may not be a hound dog, but when it comes to sniffing out a bargain, there’s no beating Shep the Collie.

His owner, Colm Casey, from Ballinacurra Road in Limerick, was in a real fret recently when his pet went missing for more than 12 hours, only to be found drooling over a ‘Free Meat’ sign at Craughan's butchers in Corbally – a long way from home.

And judging by his actions maybe Shep picked up some reading lessons from Colm, who is a resource teacher at Gaelscoil Sáirséal, on Bridge Street.

He said that these episodes are not uncommon, and that he would usually find him sniffing about the Baggott Estate.

“I let him out, as I always do, but Shep is a wanderer, and Collies are known for that,” he said.

However, this time, Shep had sent Colm on a wild goose chase, as he was dashing in the opposite direction. After thoroughly searching the area, he decided to call on social media for help.

“I didn’t know what to do, so I resorted to Facebook that night, and someone told me that they saw him at 11am at the butcher’s in Corbally.”

He must have heard through his canine circles that the butcher’s had the ‘Free Meat’ at the shop front, which was the driver behind his escape. However, after finding him at 8pm, Shep might have had ulterior motives.

“The good part of it was that the butcher who took him home has three female Collies and four children, so he was happy out!” he laughed.

And even though he spends his days teaching kids how to read Irish, he said that he doesn’t know how sharp Shep was able to read signs.

“He’s doing it anyway! But it should be in as Gaeilge!”