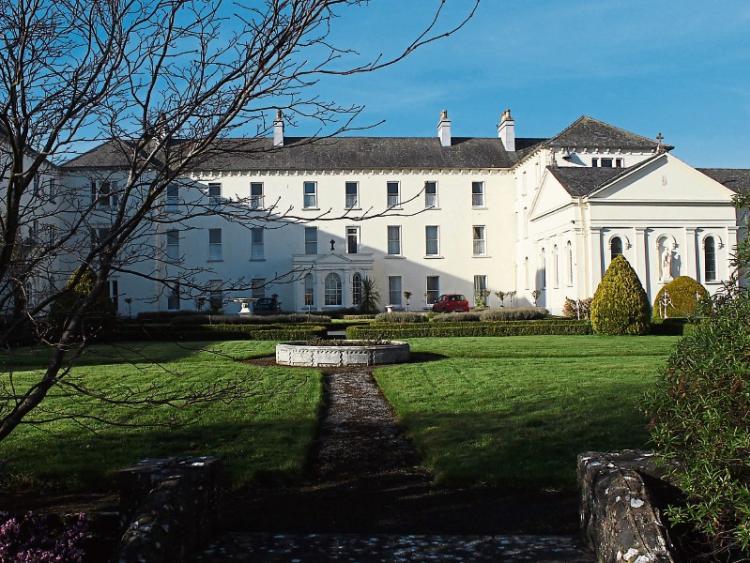 Doon convent is set to close in July but former Ballyhoura chairman, John Walsh has high hopes for its future

FORMER Ballyhoura chairman John Walsh is behind a number of proposals to try and ensure that the closing Doon convent continues to “serve the people”.

Mr Walsh, from Boher, has brought his ideas to the local development company as he does not want to see it fall into “wrack and ruin”. At the end of March, the Limerick Leader reported that 151 years after the Sisters of Mercy arrived in Doon, the convent is to close in July.

Fr Tony Ryan, Doon parish priest, said the news that “the nuns were leaving us in Doon was learned with great sadness and disbelief but also with a great sense of appreciation and gratitude”.

Mr Walsh has been working behind the scenes to keep the convent at the heart of the area. One idea he has is for it to become a nightcare, as opposed to a daycare, facility.

“I believe there is a big need for it. It is where elderly people living on their own in rural areas would go there at night and then go back to their homes during the day.

“They will have the peace of mind of being able to sleep in a secure and safe environment. I believe there is a big need for it,” said Mr Walsh.

Stories of people sleeping with shotguns and hurleys beside them due to the level of fear over crime have been recounted over the years, and Mr Walsh knows this all too well from his time in Ballyhoura.

“I see it in rural areas - the winter time in particular - they have their doors and gates locked at 4pm and you don’t see them again until 10am the following morning because they are afraid to open the door. That is a long time. They are nervous at night, I know that from my own experience and meeting people.

“One man would ring me often at 3am and tell me there was someone outside and it was pure fear. It was just wind blowing an old gutter or something but he was a nervous wreck. There is an awful lot of people I know like that.

“If there was a nightcare facility in the convent they could travel in from surrounding areas, sleep safely and then go home and have the pleasure of their house,” said Mr Walsh.

Other proposals he has suggested are social farming and a training and education programme for early school leavers..

“There is 17 acres of land – the nuns milked cows there at one time. It would be for children and adults with disabilities, something along the lines of Liskennet in Granagh.

“The early initiative training would be like what is in Hospital. It give boys and girls who left school at 14/15 the chance to get back to education.

“There is none in east Limerick and they can fall through the system. It has been very good with participants getting employment and going onto university,” said Mr Walsh.

“It is very early days but they have taken on my suggestions, there are positive things happening,” he continued.

The village is close to Mr Walsh’s heart as his children and sisters – including well-known nun Sr Mary Walsh – were educated there.

”The last thing I would like to see happening is Doon convent continue to serve the communities of east Limerick and south Tipperary like it has done for a century and a half and that it doesn’t fall into disrepair. That is my number one aim

“I saw a story in one of the national papers the other week about rural areas thriving and it mentioned Limerick, Kilkenny, Port Laois and Cashel — but they, in my view, are not rural areas at all. They are mini-urban areas.

“It is the likes of Doon, Rearcross, back into Cappamore. go to west Limerick — Meenkilly, Tournafulla. They are what I consider rural areas and they are the ones being forgotten about,” said Mr Walsh.