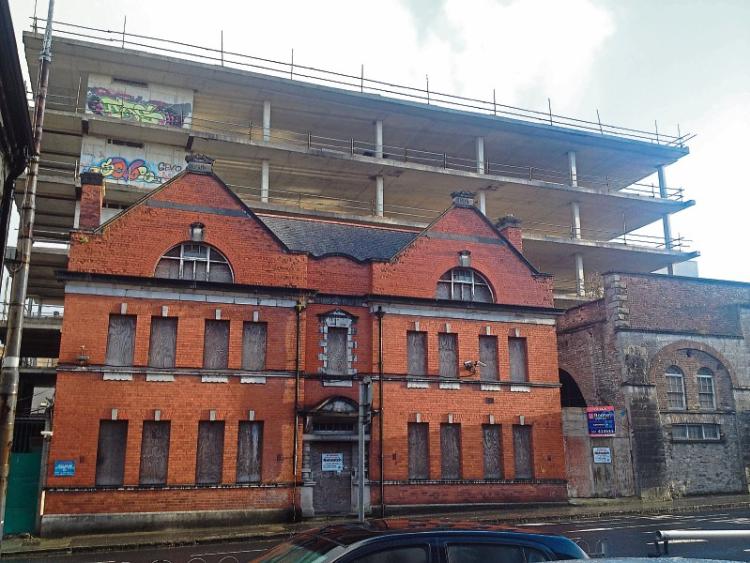 THE much-awaited completion of the ‘Hanging Gardens’ site in Limerick city has moved another step closer, with the council formally advertising its plans for the development.

Limerick City and County Council has purchased the land in Henry Street and is seeking to transform the building into office, retail and commercial space.

The local authority is seeking the public’s input into its proposals, which will see the completion of the existing building, plus a new five-storey office building at the neighbouring site, 19 Henry Street.

On top of this, the council is planning to refurbish and repair the former general post office (GPO), mercantile building and hanging gardens, and complete the basement.

According to planning documents, the council is proposing to remove the concrete slabs which are in the vaults of the Hanging Gardens and in doing so, “rediscover the original proportions of this space”.

“One of the vaults could serve as the portal for the entire development, with a distinctive conference room adjacent in the larger vault. The spaces between these historic structures could include insertions, small buildings that provide ancillary facilities like a life or other services which might improve the functionality of these buildings without compromising the character of these rooms,” a document reads.

The roof terrace atop the original mercantile building will also be restored, with trees and shrubs introduced to, as the planners state, “provide a unique elevated landscape overlooking the riverside”.

Within the GPO building, the planners propose to incorporate a “simple dado panel of painted softwood boards”.

The public are being invited to have their say on the proposals, which are on public display in the council’s planning offices in Patrick Street up until Wednesday, June 1.

After this, councillors will decide whether the plans can proceed as part of the part 8 planning process.