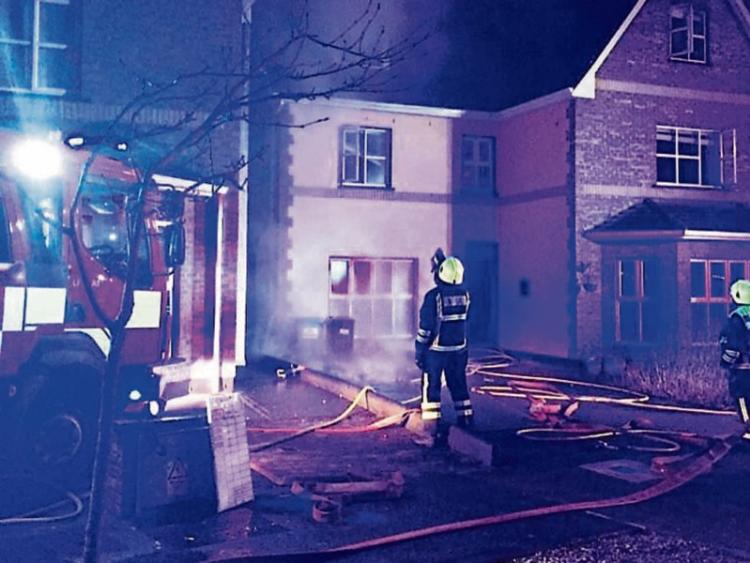 Limerick Fire and Rescue posted this photograph on social media

A WOMAN whose home was extensively damaged in a fire at the weekend has taken to social media to thank members of Limerick Fire and Rescue Service who responded and fought the blaze.

The alarm was raised shortly before 10pm on Saturday when the fire broke out at the house, which is located in the Raheen area of the city.

Emergency personnel remained at the scene for several hours and after quenching the fire, a dramatic photograph and message were posted on social media stating: “Our crews dealt with a Domestic Fire in Raheen tonight. 2 BA crews committed”.

In response, Sandra Fleming who lives at the house, posted: “T​o all the limerick fire crew , I cannot thank u enough for all u did for me and me family tonight, devastated cannot describe how we are feeling right now, but thanks to ur rapid response the damage has been contained to half only of the house, thanks again to u all”.

Hundreds of people have ‘liked’ or ‘shared’ the comment while others have posted further messages of thanks online.

The cause of Saturday night’s fire is not believed to be suspicious and there are no reports of any injuries.