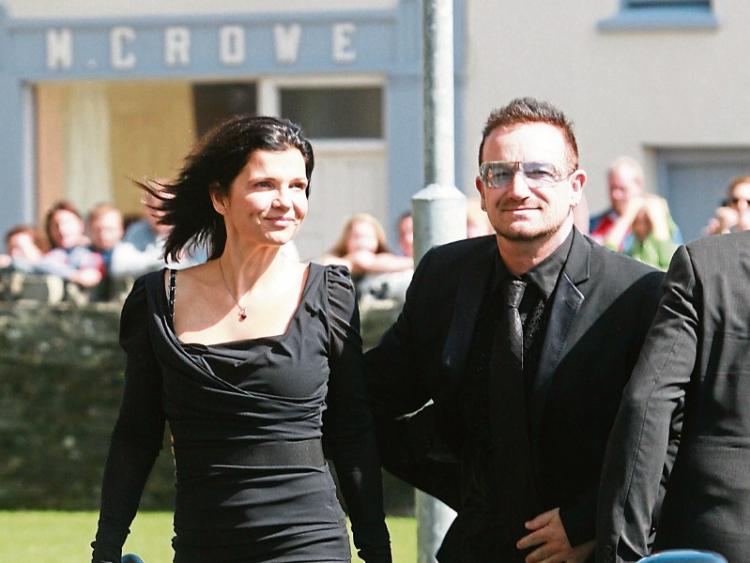 Bono with his wife Ali Hewson, who is to received an honorary doctorate from UL

THE University of Limerick is to award honorary doctorates to six eminent and celebrity figures at the end of the month.

It was also announced on Wednesday afternoon that UL has been ranked within the top 150 of the 2016 Times Higher Education Young Universities of the World.

Meanwhile, UL vice-president academic and registrar, Professor Paul McCutcheon, welcomed the news that the campus is part of the “top 150 under 50” universities worldwide. Its ranking among the 150 institutions on the list has not yet been disclosed.

“This latest accolade comes during a period of increasing international recognition of the growing status of the university. We are widely recognised for the outstanding student experience we offer to all our students, the excellence of our research and the impact UL is making on our society and our economy," he said.

"UL has also recently been ranked 139th out of 800 worldwide institutions based on an international outlook indicator. This The ranking rates universities who place internationalisation high on their strategic agenda,” he said.