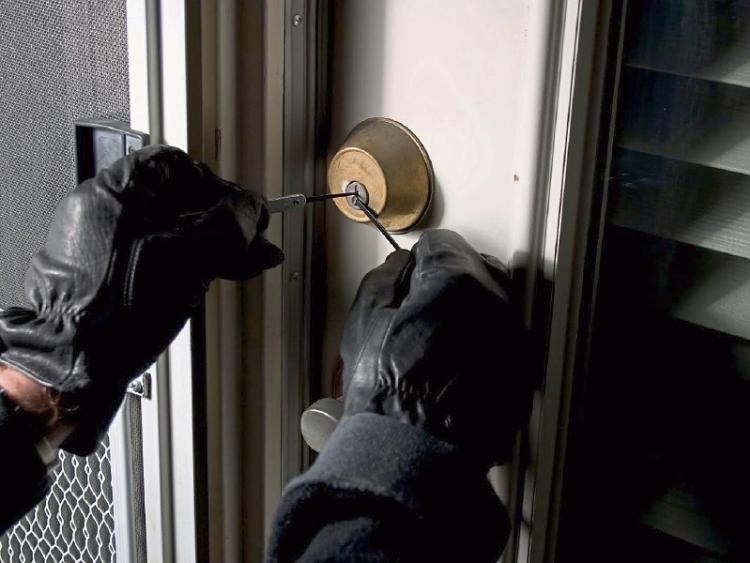 There were 1,106 reported burglaries in Limerick last year

NEW figures have revealed the number of reported burglaries in Limerick increased marginally last year when compared to 2014.

According to the latest Recorded Crime Offences from the Central Statistics Office, there were 1,106 burglaries in the Limerick garda division during 2015 compared to 1,092 during 2014.

This represents a year-on-year increase of 1.28% and equates to just over three burglaries every single day.

Of the reported burglaries in Limerick last year, six have been classified as ‘aggravated’ meaning the culprits entered the premises armed with a weapon or implement.

According to the CSO, there were 276 reported burglaries during the final quarter of last year – three more than the previous quarter. However this was a reduction of 38 compared to the last quarter of 2014.

Eoin Dunne, managing director of PhoneWatch says the CSO figures show householders need to be vigilant. “Any burglar is likely to know where keys are hidden in a garden – homeowners are fooling themselves if they think their hiding place is safe. A seasoned thief will always find his way into a property; his job is made easier if the property is not adequately protected by a monitored alarm and secondary or tertiary locking systems on windows and doors,” he said.

A station-by-station analysis of the figures shows the vast majority of reported burglaries last year happened within the Henry Street (291), Roxboro Road (240) and Mayorstone (177) garda districts.

According to the CSO figures, the only sub-district where there were no reported burglaries in 2015 was Oola.