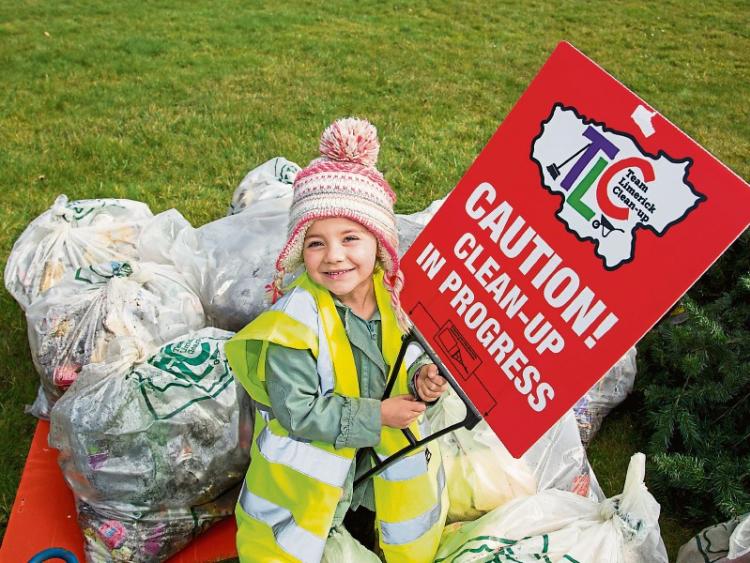 “When it's not always raining there'll be days like this,

“When there's no one complaining there'll be days like this.”

It’s Wednesday evening. The new RTE weather girl is on duty – it’s two days out from the big clean-up. Not everything, but a lot hinges on this.

“Friday morning looks like being the best spell of good weather over the weekend. Temperatures will range from 9 to 14°C.  Clouds will move in over the afternoon bringing heavy showers.”

She’s new. We’re all a bit nervous of her but, sure enough, she’s right.

Friday, March 25, 7.30am and the curtains are drawn back to reveal a brilliant clear blue sky.

An hour later, just after the straight stretch by the Old School House in Grange and sunshine is bouncing off the backs of a group of four in fluorescent jackets.

A red, waist-high sign urging, “Caution! Clean-up in ProGRess” is rooted in the earth before the bad bend. Further on, below The Hamlet bar, a woman in her 60s is emerging from the ditch, head down, eyes seeking out the next piece of stray rubbish.

After registering for Team Limerick Clean-up 2 (TLC2) each team leader received a text quoting a unique reference number to be used when collecting their packs from a designated location at a designed time.

On Thursday morning, March 24, inside the waiting area of Dutec off the Dock Road, two women – one from Murroe – wait in turn for their packs to be brought out. The topic of discussion? The prospect of securing extra pairs of gloves. A few minutes later a younger lady from Janesboro arrives through the main door and, soon enough, we are all taking gloves.

A pair of double doors beside a reception desk swing back to reveal a pulley loaded with stuff. Young men with solid arms push the pulleys to the main door before carrying boxes of hi-vis jackets, waterproof ponchos, packets of pickers and antiseptic wipes to awaiting cars.  There’s some sweet talking in the hope of securing two extra pairs of gloves. No need. He hands us three.

“When you don't need to worry there'll be days like this.

“When no one's in a hurry there'll be days like this.”

Back to Friday morning. At 8.30am, on the button, the phone beeps. “Best of luck to all volunteers today!”

An email, which was circulated in the Limerick Leader earlier in the week invited all those taking part in TLC2 to assemble in the newsroom at 9.30am. By 9.35, packets containing the hi-vis jackets are being ripped open while the long handles of the pickers are given a tight squeeze to make sure they’re up for the challenge. 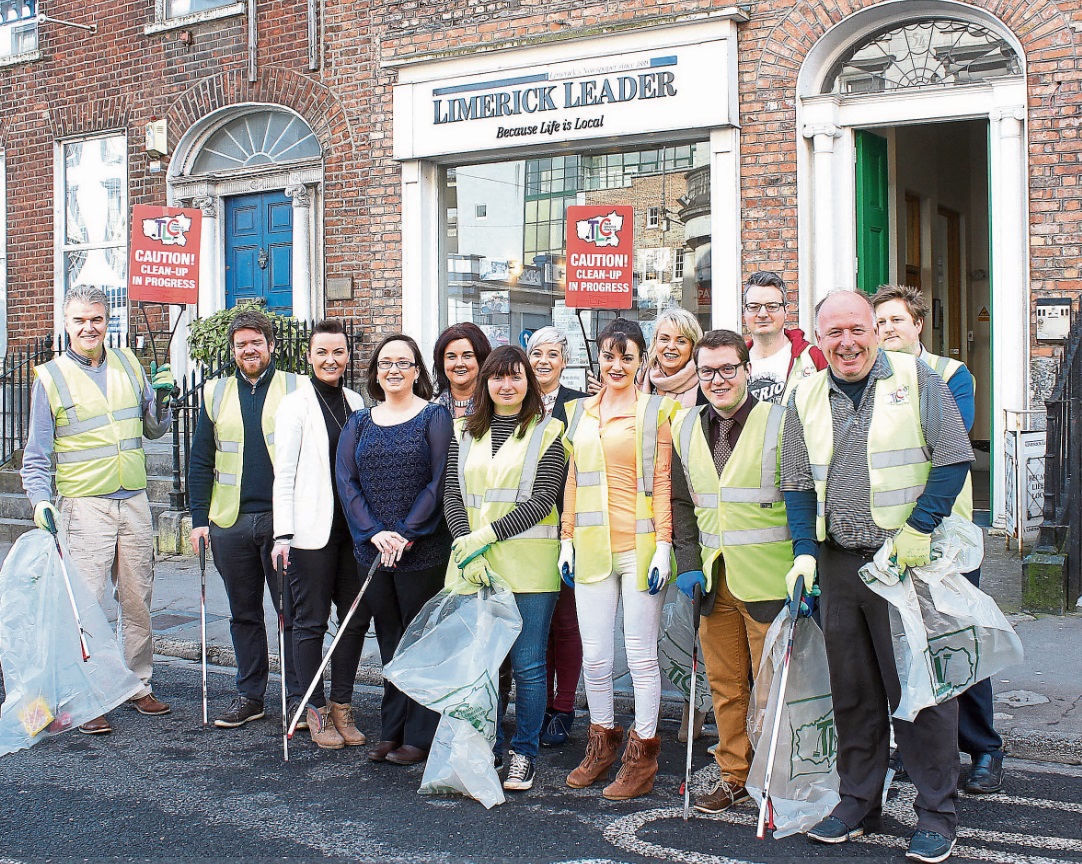 It’s only when the gloves go on and that there’s a real sense of community - and an acknowledgment of impending work. Decked out in our gear we march down to the front office. Think of chiselled fire crew members sliding down the shiny pole en route to a raging blaze, hold that image in mind for a minute and then picture the exact opposite. We’re still giddy at the prospect of using a picker, for goodness sake! Two of the team tackle the office basement, the rest hit the streets.

Further up O'Connell Avenue, under the shadow of the north-facing sculpture of Daniel O’Connell, stands another O’Connell, just as imposing.

With chequered flag in hand, the giant of Munster and Irish rugby Paul O’Connell, now retired, signals the start of the big event. Alongside him JP McManus is also flapping a flag. The lungs of the Boherbuoy Brass Band power trumpets, tubas and a French horn. Water rises up in the statue’s fountain to dance a merry jig. Tulips sway. Cameras click. Children run free. A light aircraft glides over the city pulling a banner thanking the TLC2 volunteers. It has officially begun.

“When everyone is up front and they're not playing tricks,

“When you don't have no freeloaders out to get their kicks.”

It’s said volunteerism is good for the heart and the soul. Over 14k are ready to find out. It’s now 10am and the Leader staff are half way through their circuit. It’s Good Friday, a day off for some of the team, but two have forfeited their free time for the sake of the bigger picture.

Golf in Lahinch has been replaced by picking beer cans in a basement; a well-deserved lie-in has been given up for sweeping up cigarette butts.

In an age when it seems that everyone is on the make and there’s a big ‘me’ in team, today is about bringing it back to basics.

Driving in along by Grange and seeing those volunteers going about their business, quietly, at that hour of the morning, one can’t help but feel a sense of pride. The lady emerging from the bushes at 8.30am will never get a ‘Like’ on Twitter or her face in the paper. For her, that’s not why she’s here.

Coming from a GAA house, the only thing I can compare it to is heading off to a Munster final in Thurles on a fine sunny morning with nothing but pride in your county and that sense of belonging. A feeling of being a small player in a bigger team, all working towards a common cause.

By the end of today, there will be no wallets fattened, no egos stroked, just the quiet, and priceless, satisfaction of a job well done – and the prospect of getting to see some of your sporting heroes representing their region with honour.

At 2.06, the phone beeps - some TLC news for all volunteers. “Receive free entry into the PRO12 game Munster v Zebre at Thomond Park tonight by just wearing your TLC hi-viz jacket. Let all your volunteers know #TLC2.”

“When all the parts of the puzzle start to look like they fit,

“Then I must remember there’ll be days like this.”