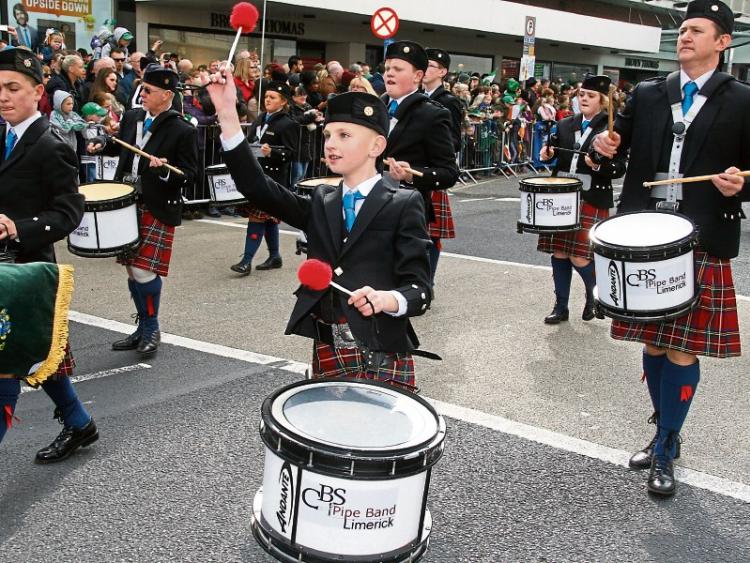 They will be joined by the Boherbuoy Brass and Reed Band, Redemptorist Centre of Music and City of Limerick Pipe Band, at Arthur’s Quay, at 5pm, to commemorate the events of Easter 1916.

According to band member Hugh McGrath, there were no original plans to hold an event, but when they found out there was no event on in the city centre, they decided to bring the band together for a performance.

“This will not be politically linked,” he said. “This is linked to the founders of the St Laurence O’Toole Pipe Band, which was set up in 1910 by some of the 1916 Rising leaders. This is a musical link to remember them, and the fact that the leaders were musicians also.”

The four bands will take to the Arthur’s Quay steps with their instruments. Each of these bands recently performed at the Limerick International Band Champ-ionship.

“We are spearheading the project with the three other bands. At first, we wanted to host the event at the bandstand at the People’s Park, but when the event and interest grew, we realised it was too small. So, we then decided to move it to Arthur’s Quay Park. There was absolutely no problem organising this. Some bands didn’t have the numbers, but the three others were very excited.”

During the event, ex-servicemen from the ONE will present each band with a copy of the Proclamation. The event is independently run by the bands.