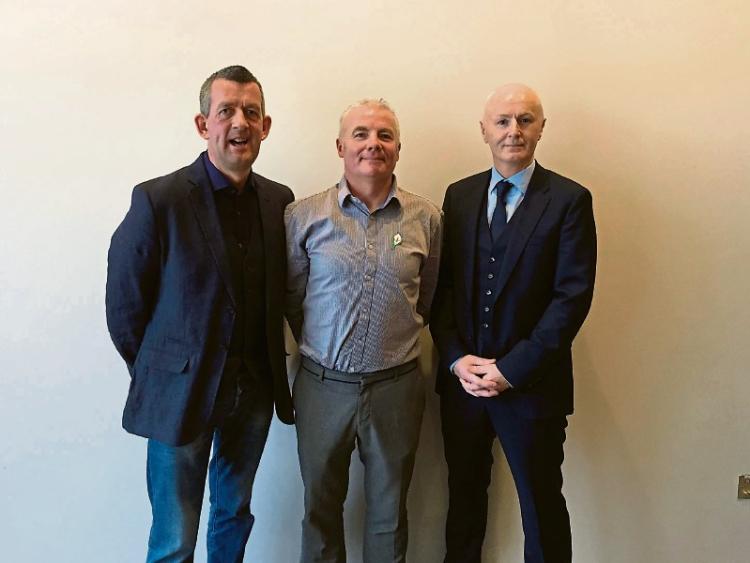 SINN Féin selected its newest councillor to fill Deputy Maurice Quinlivan’s council seat in Limerick city at a party convention over the weekend.

John Costelloe, of Nicholas Street in the city, was succesful in the co-option selection, which was voted on by around 35 Sinn Féin members on Saturday afternoon.

After the selection at the Absolute Hotel, incoming councillor John Costelloe told the Limerick Leader that he was “absolutely delighted” to be chosen as the next councillor for Limerick City North.

“I just want to help people in the best way I can. Maurice is an astounding politician, locally and nationally. I know Maurice about 30 years, so I have been like a parrot on his shoulder, and I have seen the way he has been working with the community. It’s a daunting task, but I am up for it.”

Mr Costelloe said that he has a few issues on his mind that he wishes to tackle over the next few years.

“The biggest problem at the moment in our city is the housing problem, and the lack of housing. We also have an epidemic of suicide in the city, and it has to be tackled.

“It’s a whole new ball game for me having been elected. I was a cog in the wheel in the party structure in the city, but now I am a major player, and it’s time for me to tackle the issues head on,” he said.

Newly-elected TD Maurice Quinlivan said that Mr Costelloe will be an “excellent councillor.

“He is well-rooted in his community, especially when he helped out in King’s Island during the flooding, two years ago.

“John will be a very good local councillor, and I have no doubt that he will represent the people of the north, regardless of where they live, and with the best of his ability. He is working with a strong Sinn Féin team. We now have seven elected representatives.”

Deputy Quinlivan also commended the turnout at the convention.

“The convention had four people contesting, which I think is very positive for ourselves, and I thought all four of them would have made excellent councillors.

“We will be looking at, as part of our next selection process of the local elections, to take a number of council seats. I think we will see some of the candidates on the ticket at the next local elections,” he added.

The official co-option to replace Quinlivan is taking place at City Hall this Monday.