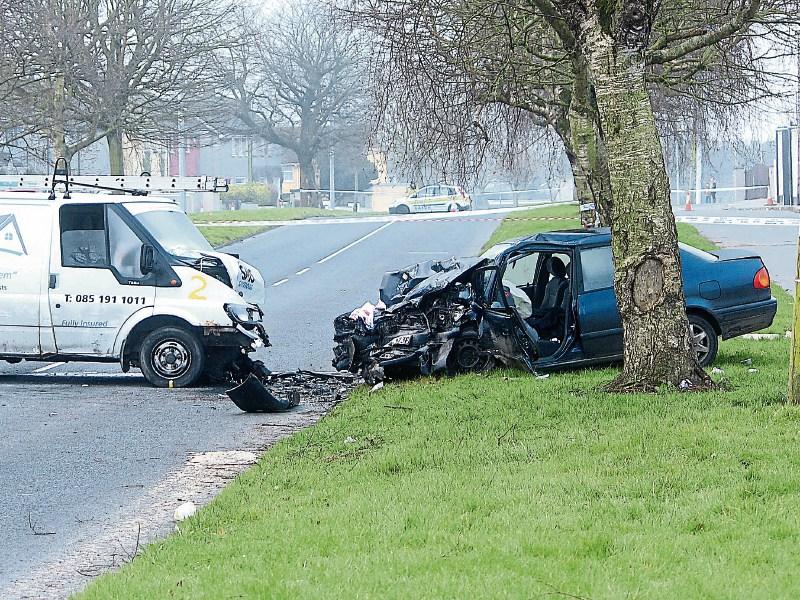 THE most senior garda in Limerick has expressed alarm at the high number of people killed on Limerick roads so far this year, with the latest fatality occurring this Tuesday night.

Just hours after hundreds of mourners packed into the Church of the Sacred Heart in Herbertstown for the funeral of crash victim Shane Mulcahy on Tuesday morning, the parents and siblings of Broadford man, Michael Madigan were being told that their son and brother had become the latest victim of Limerick’s roads.

Mr Madigan who was in his late 20s, died when the car in which he was a passenger was in collision with a van on Hyde Road in the city at about 7.45pm on Tuesday evening.

Mr Madigan’s death brings to seven the number who have died on Limerick roads so far in 2016 - nearly twice as many roads deaths than in the whole of 2015 when four people lost their lives in the county.

“Certainly, this is a worrying trend and I would urge all road users to be more vigilant on the road,” said Chief Superintendent David Sheahan this Wednesday. “We need to warn people. It is the St Patrick’s weekend and we are coming up to the Easter weekend as well and I would be imploring people to be careful on the roads, never drink and drive and certainly never speed.”

Mr Madigan’s death has sent shock waves through his home community of Broadford and through Dromcollogher and Tournafulla where there are strong family connections.

The man driving the car in which Mr Madigan was travelling, a Limerick city man, was seriously injured and has been transferred to Cork University Hospital where he is understood to be in a critical condition.

The occupants of the other vehicle, a man and his daughter, were also injured but did not sustain life-threatening injuries.

Less than eight hours earlier in a quiet country village church, a priest told mourners of the “cruel blow” which had been dealt to a local family who had lost a second sibling in a car accident.

“Losing a son or a daughter is terrible when it happens. Losing a second one is just plain awful,” said Fr John Donworth, PP, Pallaskenry, who was officiating at the funeral Mass of his second cousin, Shane Mulcahy, 35.

Fr Donworth recalled hearing the tragic news of Shane’s accident last Friday morning.“I always turn on my radio before I get up and on Friday morning when the accident happened, I heard it was somewhere near Herbertstown. Road closed. What was my first thought? I hope it’s not at the scene where the last accident happened. Little did I know it would involve the Mulcahy family again.”

Shane’s sister Naomi died 13 years ago in a car crash outside the village of Hospital that also claimed the lives of two other teenagers. She was just 16-years-of-age.

Chief Superintendent Sheahan said there will be “an extra emphasis” on road safety for both St Patrick’s and Easter weekend.

“This year so far we have seven fatalities and this is only March. A lot of those matters are under active investigation at the moment so I don’t want to make any reference to any individuals.

“In 2009 we had 23 fatalities and through a number of strategies that we put in place over the last four years there were only 20 people killed on our roads.

“We need to get us back to the behaviours that gave us such great figures in 2015 and 2014. That was brought about by a level of enforcement and driver behaviour.”