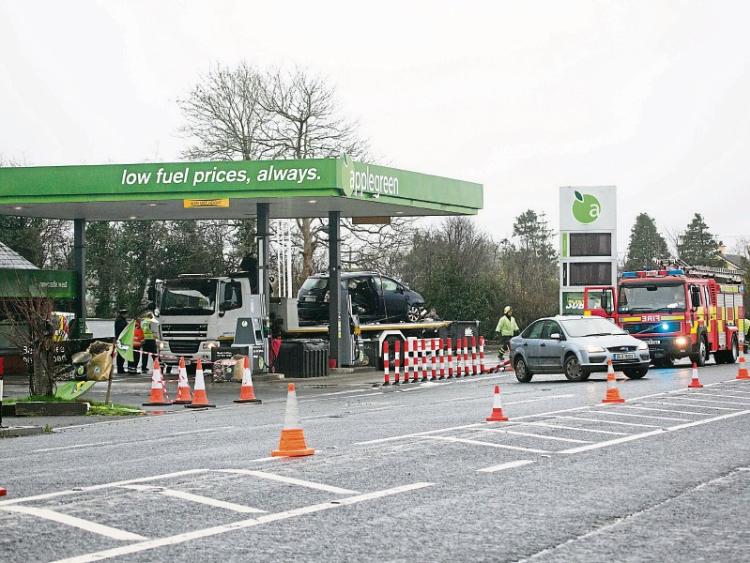 The scene of the crash, which happened just outside Newcastle West Picture: Brian Gavin/Press 22

THE woman who died following a single car accident between Rathkeale and Newcastle West on Saturday night is understood to be a Nigerian national in her 30s who was living in Tralee.

Three other occupants of the car - a man in his 40s and two children - were taken to University Hospital Limerick where they were treated for non life-threatening injuries.

The accident occurred at around 11.30pm on Saturday night near the Applegreen service station at Coolanoran.

The driver was pronounced dead at the scene and removed to University Hospital Limerick for a post mortem. It is believed that she was returning to Tralee with her family when the accident occurred.

Gardai in Newcastle West have appealed for witnesses to the crash to contact them at 069-20650.

It is understood a young man was critically injured the collision on the Limerick side of village shortly before 5.30pm.

He is being treated at Cork University Hospital and is believed to be in a critical condition.

Any witnesses to the accident are asked to contact Bruff garda station at (061) 382947.