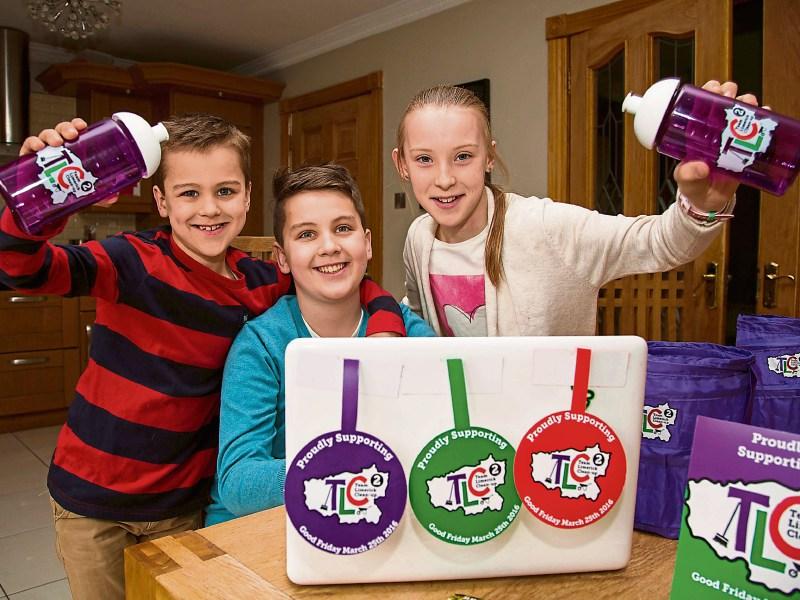 Luke Culhane, 13, pictured after signing up and registering for TLC2 with his brother Leo, 8 and sister, Grace, 11 Picture: Alan Place

A TEENAGER who took a stand against cyberbullying, having been a victim himself, is using his new-found fame to encourage his peers to sign up to Team Limerick Clean-up2 (TLC2).

With just three weeks to go to the big day, almost 11,000 people have signed up to participate on the morning of Good Friday, March 25 - surpassing the 10,054 volunteers who took part last year.

“We are absolutely thrilled with the response we have received to date for our second TLC event,” said JP McManus who along with rugby legend Paul O’Connell and local activist Helen O’Donnell came up with the idea for the worthwhile initiative.

Mr McManus is very keen to see children from an early age getting involved in the initiative which will see them form good habits for life.

“The younger generation will shape the future of Limerick and set example by taking ownership and pride in their city and county. We are therefore delighted that over 4,500 kids have signed up to date,” he said.

And one of those who has answered the call is 13-year-old Castletroy student Luke Culhane who, along with  his parents Dermot and Claire and his brother Leo and sister Grace, signed up for TLC2.

The video has racked up nearly 300,000 views on YouTube. “I am already spreading the word among my friends and neighbours to sign-up and be part of a really good event like TLC2,” said the first-year student.

“I plan to make my own video on the day around Castletroy and hope it will inspire people to keep their own neighbourhood and towns litter free for the entire year!”

The TLC initiative is sponsored by the JP McManus Benevolent Fund and is co-ordinated by Limerick City and County Council with the support of  the Limerick Leader, Mr Binman and Live 95FM.

Mr McManus is encouraging people who have yet to enrol their groups to do so before the registration closes at midnight on Monday, March 14. “We are also delighted that even more post clean-up tea/coffee gatherings are being organised this year at locations throughout the city and county and we look forward to seeing everyone out with their local communities on Friday March 25 at what promises to be a fun and rewarding day,” he said.

Volunteers are being asked to register for TLC2 as soon as possible at www.teamlimerickcleanup.ie