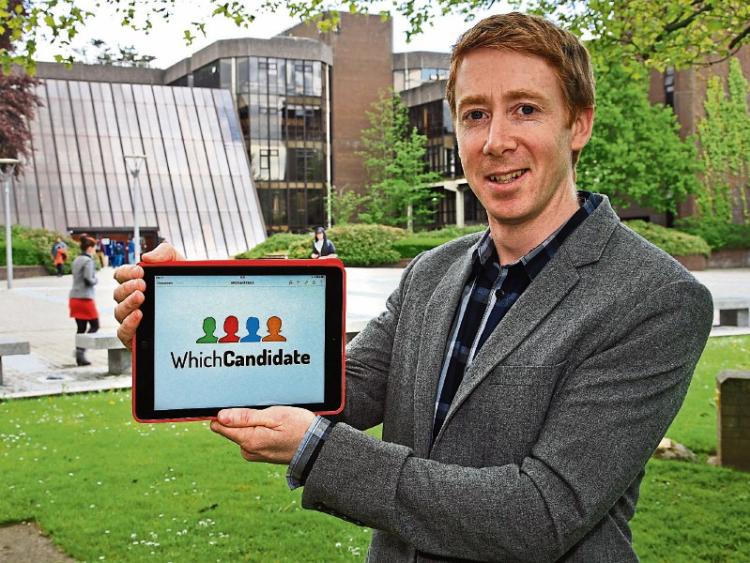 THROUGHOUT this election campaign, voters in Limerick and around the country have been comparing their views on election issues with those of the candidates on the website www.whichcandidate.ie, run by the Department of Politics in UL.

The idea behind the site is simple: we contacted all the election candidates in every constituency and asked them to state their position on a range of key election issues, including taxation, employment, health, housing, abortion and crime.  Voters can answer the same questions (anonymously) and see which candidates they agree with the most.

As of early this week, more than 1,700 voters in Limerick had taken the survey (and over 25,000 nationally), and many more visited the site to simply browse through candidate profiles and see how they answered the questions. The Limerick Leader has partnered with the site locally.

Based on the answers of candidates and voters to the survey, what can we say about how well Limerick voters are represented on the issues? Firstly, voters and candidates broadly agree on what the important issues are. Most voters selected economic issues such as taxes and employment as the most important, followed by health and childcare. Crime is also an issue to many people, particularly in the Limerick County constituency.

For candidates, the most frequently cited issues include jobs, health, housing, water charges and (particularly in Limerick County) crime.

When we compare where candidates and voters stand on the issues, again we see a high level of agreement when it comes to economic issues. For example, a majority of voters and candidates feel that the priority for the next government should be on increasing spending on public services, rather than on cutting taxes or tackling the debt.

Voters are also generally in line with the position of the party they support on economic issues. For example, most Fine Gael and Labour supporters believe that water charges are necessary, while not surprisingly most Sinn Féin and Anti-Austerity Alliance supporters are opposed to water charges.

However, when we move away from the economy, significant differences emerge between voters and candidates.  On some issues, candidates are more liberal than voters.  For example, on  crime, fully 65% of voters who took the survey believe that criminal sentencing is too lenient at present. In contrast, only two candidates in Limerick City (Willie O’Dea and Des Hayes) and three candidates in Limerick County (Richard O’Donoghue, Niall Collins and Emmett O’Brien) take this position.

On some other issues the pattern is reversed, with voters being more liberal than election candidates. A large majority of voters who completed the survey (65%) believe that abortion should be freely available up to a certain number of weeks in a pregnancy, while only one candidate (Cian Prendiville, Anti-Austerity Alliance in Limerick City) takes this position.

On political reform, a significant proportion of voters are opposed to the party whip system, but very few candidates are. Forty percent of voters but only three candidates (Mark Keogh in Limerick City and Emmett O’Brien and Richard O’Donoghue in Limerick County) believe that TDs should take instruction from their constituents or follow their conscience rather than take the party whip.

What conclusions can we draw from this about how voters are represented in Limerick? In general, it seems that voters are well able to choose a candidate that reflects their views on the main economic issues of the day. However, when we look beyond economics, there are significant differences between candidates and voters.

When the dust settles and when (or if) a new government forms, there will be much talk about the ‘mandate’ delivered by voters. Given the sharp differences of opinion between voters and their representatives on many issues, we should be careful when interpreting the election outcome as delivering a clear mandate on anything other than the main economic issues.

1 The frequency with which a candidate comes up as a top match for a voter bears little relationship to the expected outcome of the election. The top matched candidates in Limerick City are Cian Prendiville (AAA), James Gaffney (Green),  and Maurice Quinlivan (Sinn Féin), while the top matched candidates in Limerick County are Seamus Browne (Sinn Féin), Alexander Storey-Cosgrave (Green) and Mark Keogh (Direct Democracy Ireland).

2. On average, voters agree with the candidate they say they intend to vote for on only half of the issues.