Minister for Education: 'Review is particularly important for UL' 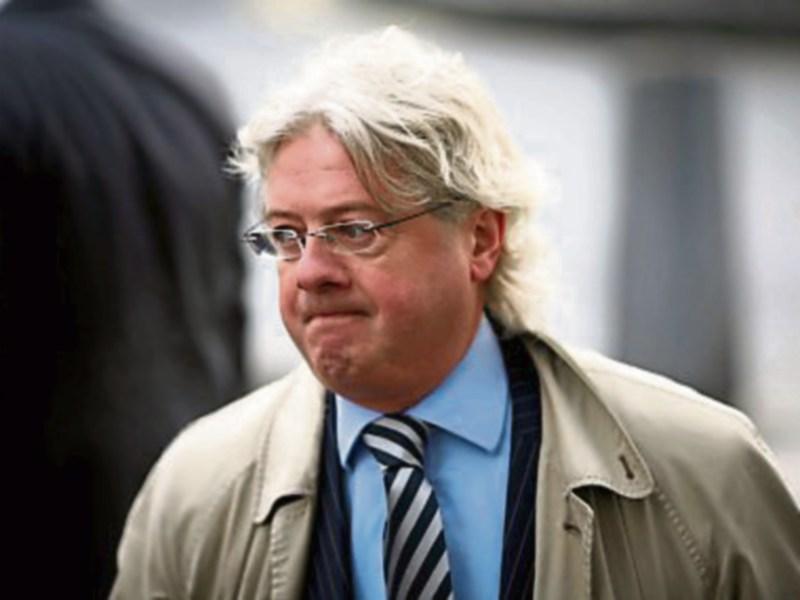 Gerard O’Donnell, the solicitor for two of the UL whistleblowers, has also represented the widower of the late Savita Halappanavar

THE solicitor representing two whistleblowers who remain suspended from by the University of Limerick, has said that while his clients have been “vindicated”, it is their  belief that the review into their allegations regarding financial practices and their treatment by the university “does not go far enough”.

The Higher Education Authority (HEA) appointed independent consultants Mazars last October to review the allegations of three female whistleblowers, all of whom had worked in the finance department in UL, after their claims regarding questionable financial practices were first aired in the Limerick Leader.

That front-page report gave rise to Fianna Fail deputies Willie O’Dea and Niall Collins raising the cases of the three women in the Dail, and led to the review. It was published this week and welcomed by the whistleblowers.

However, they have expressed some concerns that not all matters were investigated as fully as they would have liked, and have also expressed “disappointment” at UL’s public reaction to the review.

UL has welcomed the fact that the review “is consistent with the university’s position that no financial mismanagement or financial wrongdoing took place.”

However, the report states that instances of irregular claims by staff occurred in the university, but were properly challenged by the employees concerned, and no inappropriate payments were made. But the HEA has now expressed concerns “that there may have been, or may still be, a culture in the university of inappropriate claims being made, until challenged”.

UL has rejected this assertion, describing it as “offensive to past and present staff of the university”.

In addition, the HEA said that it believes that an investigation - as opposed to a review – should now take place, within the shortest possible time-frame, into "whether financial issues identified are indicative of wider practices within the institution when any such issues are raised”.

One of the three women, who has since left UL, brought instances of her claims to the Public Accounts Committee in 2012, but felt they “fell on deaf ears”. They were not made public at that time.

This week that employee – Leona O’Callaghan, who has waived her right to anonymity – wrote to Minister for Education Jan O’Sullivan as well as the UL president, Don Barry and Tom Boland, chief executive of the HEA.

She has stated that she is displeased with what she describes as the “defensive” tone adopted by UL in relation to the Mazars report. Describing it as “inappropriate and insensitive”, she urged Minister O'Sullivan to intervene.

The two other employees, referred to as Persons B and C in the review, remain suspended nine months on. Galway-based solicitor Gerard O’Donnell – who previously represented Praveen Halappanavar following his wife Savita’s death at Galway University Hospital – now represents the two suspended employees, said his clients have to wait for UL to “recognise the importance of their honesty and integrity in fulfilling their duties” and constructively engage with their employees concerning their suspension.

In response to queries from the Limerick Leader, UL said it cannot comment on how they plan to proceed with the employment status of the two employees – both women worked in the finance department for more than five years – as there are  “ongoing internal employment processes related to this matter”.

Asked whether they intend to drop their proceedings against the Limerick Leader newspaper, and its editor Alan English, following the review, UL said it  “cannot comment on legal proceedings”.

When the Leader reported the story in September last regarding the claims of the two suspended employees, UL issued High Court proceedings against the paper and Mr English. UL said it had been left with no choice but to sue when the Leader refused to retract the allegations and issue a front-page apology of equal prominence to the original article.

There have been a number of calls by local deputies for UL to drop its legal case, which has been heavily criticised as an attempt to gag a free press with the use of taxpayers’ money, and also to reinstate the employees in their roles.

UL issued a response to the review this week, which was described by Fianna Fail deputy Willie O’Dea, who has been in lengthy discussions with the whistleblowers, “as bland, self-serving and no doubt written under heavy legal advice”.

He added: “They’re not giving any hostages to fortune, and are trying to put the best possible picture on it. Everybody’s entitled to their own interpretation, but the report says it [that instances of irregular claims did occur]. ”

“I’m surprised they haven’t addressed the issue of the two staff who are currently suspended,” he added.

Minister for Education, Jan O’Sullivan, said that while she is somewhat limited in what she can say as Minister, she said the report shows “that there was merit in the issues raised by the people who came forward. It does indicate that they were correct to come forward, and for them I think that must be a great relief.”

Mazars outlined that its review “does not constitute an investigation of the allegations, but as per the terms of reference, reviewed the process employed by the university to inquire into the allegations made.”

The review did not reference that the two current employees were offered severance packages amounting to two years’ salary, or nearly €60,000 each, in return for signing of confidentiality agreements.

Deputy O’Dea has also repeatedly queried why employees would be offered such a severance package if they were  found to be acting ‘maliciously’, a conclusion reached an independent investigator appointed by UL.

The review outlined more than a dozens areas for UL to address across a wide range of areas (see above).

The HEA said it is concerned by the absence of policies in relation to key financial transactions at the time that they occurred in UL – while noting that the situation has been addressed in the meantime.

The HEA is also concerned by the weaknesses identified, and acknowledged by the university, in areas including sabbatical expenses, procurement of equipment, travel and subsistence; failures in the management approach to, and application of, HR policies around management of the absence of Persons A, B and C, and the processes relating to return to work of staff on sick leave."

Commenting on the review, the O’Donnell Waters firm added: “Our clients B and C have reviewed a report prepared by Mazars and accept its content, but due to the restrictive nature of the terms of reference and other matters of concern which they raised, do not feel it goes far enough.

“Our clients welcome the report in that it vindicates for them the findings by Mazars that there were a number of shortcomings in policies, procedures and practices at UL, including identifying certain financial irregularities. Our clients were disappointed with the limited terms of reference which they feel  excluded certain matters which were of a concern to them and which they raised with their employers.  Our clients will be meeting with the HEA during the weeks ahead to discuss the report, its findings and matters which were not addressed in the report.

“Our clients whom have been long standing employees of UL have been significantly upset and distressed at their treatment of them by the university when bringing matters which are of a serious concern to them and should be of a concern to the university.  Our clients are happy that the report identifies that their concerns were well justified and well founded and that they have at all times been proven to be honest and to have the upmost integrity in fulfilling their duties for their employer,” they state.