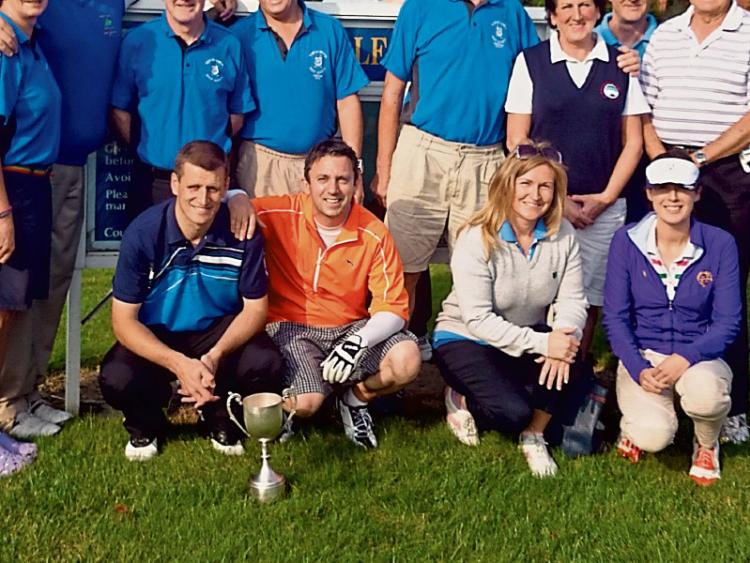 THE SUDDEN and tragic death of Gerard Ryan has cast a shadow over the community, said the Castleconnell parish priest Fr Brendan Kyne.

The 41-year-old, who was from Keeper View, Gooig, was fatally injured on the Nenagh side of Daly’s Cross when he was out walking at 6.15am on Sunday morning. The driver of the car was uninjured.

The late Gerard (Jed) Ryan will be buried in Stradbally cemetey after Requiem Mass this Thursday morning at 11.30am.

The late Mr Ryan was the beloved son of the late Ger and is sadly missed by his heartbroken mother Ann, sister Róisín, brother Donal, sister-in-law Catriona, brother-in-law Jamie, nephew Ryan and niece Tara, aunts, uncles, relatives and many friends.

Fr Kyne said that for his dearly beloved family everything is changed in an instant.

“Gerard's boundless generosity and goodness was very much part of who he was. His bubbly, good-humoured personality brought joy and happiness to many people. He was a huge Munster supporter and did everything possible to attend their games.

“He loved walking, especially with his mum. The music of U2 held a special place in his heart. Our thoughts and our prayers are with his family and friends at this time,” said Fr Kyne.

Mr Ryan was as popular in his parish as he was in his workplace. His passing has been deeply felt by colleagues in Teleflex Medical, Annacotty, where he worked for 22 years.

“Ger was an exceptional employee but above all he was a fantastic personality. We will miss his smile, his humour, his friendship and his sense of style.

“Ger will be greatly missed by everyone who knew him and had the pleasure of working alongside him over the years,” said Rink Van Der Wal and Maria Quaid, plant and HR managers.

Ann Byrnes, Teleflex Gof Society, said Mr Ryan was announced as incoming captain for 2016 which he accepted with great delight.

“He was all organised for the year and took great pride in his role. He was the life and soul of our annual weekend away trip and had this year’s trip organised for Mount Juliet in May. Ger was the Rickie Fowler of fashion in the society. He will be greatly missed but will never be forgotten. Rest in peace.”