Warm tributes paid to Terry Wogan in his native Limerick 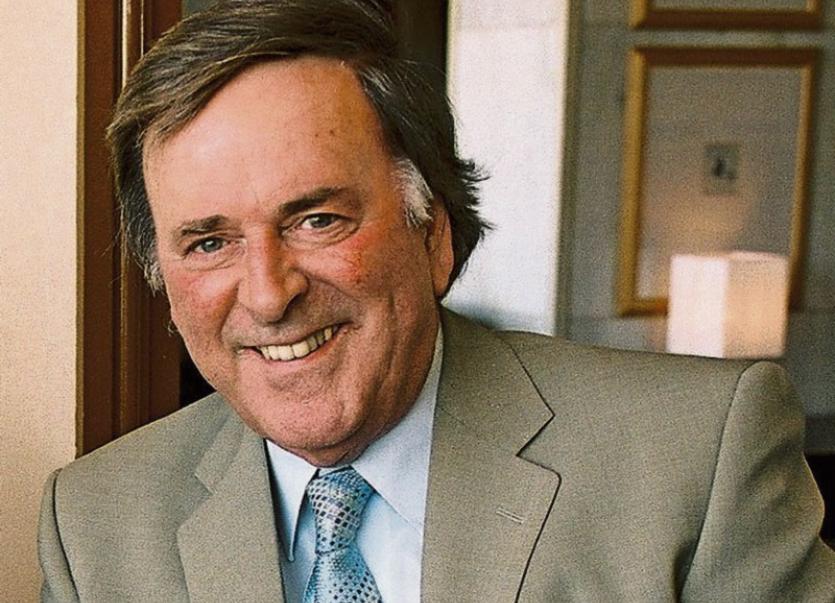 Sir Terry Wogan, to be laid to rest this week

COUNCILLORS have paid a formal vote of sympathy to legendary broadcaster, the late Terry Wogan.

And it has been agreed that Mayor Liam Galvin will formally represent Limerick at the star’s funeral in Britain.

However, it remains to be seen if the mayor will travel, with the BBC in a statement Friday saying it will be a private family affair, declining to release any further information.

Mayor Galvin said Terry Wogan “was one of the great leaders of our city. He always spoke up for Limerick and kept it close to his heart.”

Labour councillor Joe Leddin, who was mayor when Mr Wogan became a Freeman of the City, said the broadcaster was surprised to receive the honour.

”After the meeting, where it was decided to bestow the honour, I was worried about it leaking out before I had a chance to spoke to him. So I called his home straight away. When I spoke to him and told him, there was a huge pause. I had a sense of nervousness. But he then asked: ‘Why me?’. He was so honoured and humbled,” Cllr Leddin said.

”His untimely death has left people across Limerick and far beyond with a deep sense of sadness. People who had never met him felt they knew him – that was the man’s genius,” he added.

When Mr Wogan did arrive back in Limerick for the conferring, Cllr Leddin recalled his pride at surveying the city from the top of the Hilton Hotel, now the Strand Hotel.

Cllr John Sheahan, Fine Gael, added: “He was forever a prankster, forever able to laugh at himself. But underlying that was a unique genius. I do not think we will see a style like his anymore.”

Fine Gael’s Jerome Scanlan met Mr Wogan on a number of occasions when he was working for Bank of Ireland at its Shepherd’s Bush branch, near the former BBC television centre. He said: “Every St Patrick’s Day, when it fell on a weekday, we organised hospitality for our customers. And Terry Wogan had no difficulty at all in attending. We also organised a social event, a pre-match get-together in advance of the bi-annual rugby at Twickenham, which Terry always referred to on his radio show as ‘the headquarters’. He would always come to the winning post. He was always there to throw in a word or two.”

Cllr Daniel Butler, Fine Gael, said Mr Wogan was “a man who could be considered one of the greatest broadcasters of all time”.

Deputy council CEO Pat Dowling had a special recollection of Mr Wogan’s visit to Limerick in 2012 for Cllr Jim Long’s mayor’s ball, recalling how delighted he was to receive, as a gift from the council, a print of the old Leverett & Fry shop, where his father Michael was manager.

”He is probably looking down on us now, and wondering what all the fuss is about,” he added. The meeting – attended by 12 of the 40 councillors – ended with a minute’s silence.