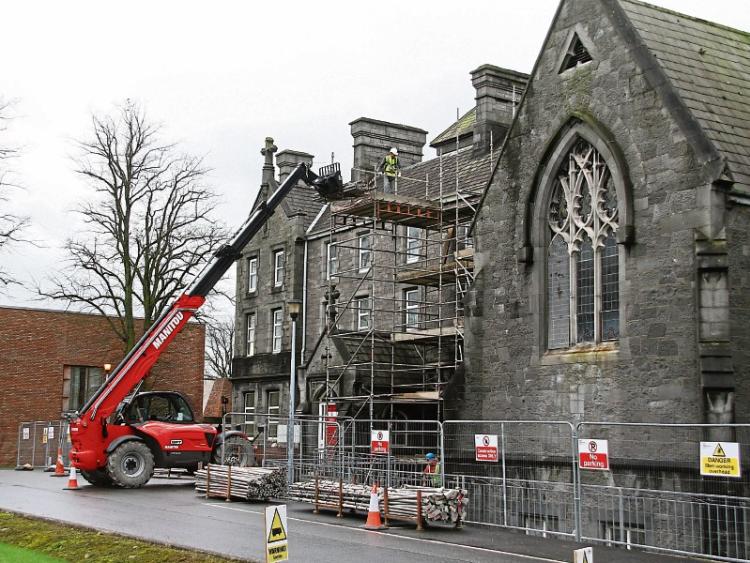 Construction has started on the redevelopment of the former Mount complex, which will become part of MIC's campus Picture: Adrian Butler

MARY Immaculate College’s campus is set to expand to the city’s main thoroughfare in the near future, as the former Mount complex will be transformed into research and postgraduate facility.

Building works commenced last week at the South Circular Road/O’Connell Avenue site, which will then, according to an MIC spokesperson, give the college a “physical imprint” that stretches from the Dock Road to the city centre.

The redeveloped building at the former Sisters of Mercy Mount convent site, scheduled to open in September 2016, will be named the John Henry Newman Campus.

This is in honour of 19th century priest and cardinal, who preached at St Michael’s Church.

According to the spokesperson, the new facility will bring all postgraduate activities into one space.

This, according to MIC, coincides with Limerick City and County Council’s plans to “transform O’Connell Street as part of an urban centre revitalisation project”.

MIC president, Prof Michael A Hayes welcomed the new extension, and said the plans are “very much consistent with the College’s Strategic Plan 2012-2016.

“One of the pillars of the College’s Strategic Plan sets out to enhance the College’s learning environment and provide a workplace of the highest quality.

“Another aims to improve the quality of Mary Immaculate College’s postgraduate student experience. These recent strategically important developments are further testament to our growing confidence as an institution.”

Spokesperson for MIC said that “more ambitious” plans are in the pipeline at the college for the building of a new “technologically-advanced and future-proofed” library building within the campus.

The spokesperson added that the increase of student numbers - currently 3,500 - is set to increase as a result of the forthcoming incorporation of St Patrick’s College, in Thurles, in July 2016.