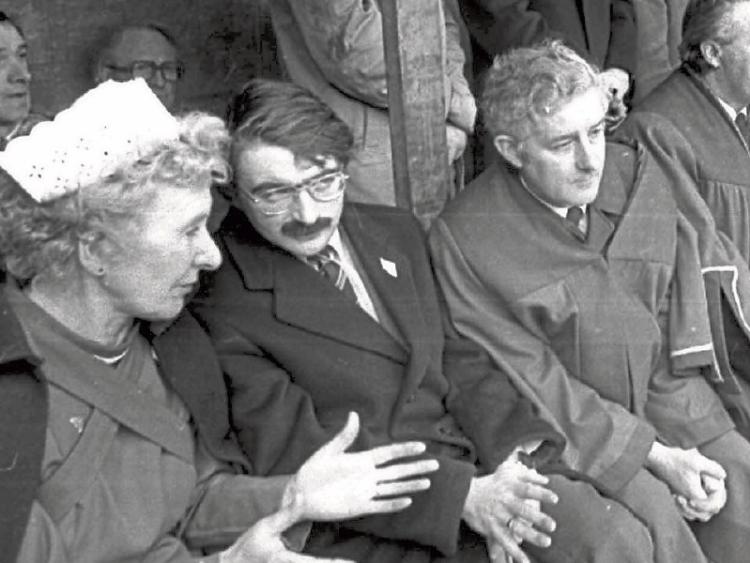 Former Deputy Mayor Larry Cross, far right, who passed away last week, with Deputy Willie O’Dea and the matron at Barrington’s Hospital, Anna Casey, at a protest over closure of the hospital in 1988

GLOWING tributes have been paid to the former Deputy Mayor of Limerick City Larry Cross, who passed away recently.

Mr Cross, of Corbally, was a “very well respected” Fianna Fáil councillor in the city northside area through three decades, and a “stalwart” supporter of St Patrick’s GAA club.

“He was as straight as a die. Many people would have said that he was too innocent for politics, but he was a very straight, decent guy, who was very well respected. In his community, he was a stalwart of the GAA. They were his two main interests in life; the GAA and Fianna Fáil. He was a very good friend and a strong supporter of mine.”

He added that he was the “greatest man” when he was on the campaign trail.

“We canvassed together at various elections. He really enjoyed the door-to-door engagement. He was never happier than when he was out interacting with the public.

“He was the greatest man whom I ever saw who could take criticism. Occasionally, when politicians go to the doors, they get abuse, and it’s something you can’t avoid. But Larry was always completely unruffled, and you just couldn’t shake him,” he explained.

In 1988, Larry Cross expressed an interest to become Mayor. However, the opportunity did not arise until 2002 when there was a tie for the role between Mr Cross and his colleague John Cronin.

His former district and party colleague Cllr Kieran O’Hanlon said “being the gentleman that he was, stepped back and said that he would be happy for him [John Cronin] to take on the role.

“He was a very decent guy. We represented the one electoral area. I can honestly say that we never had a disagreement, we worked closely together in the interests of the community. Larry had his ear to the ground, and always knew what was going on. He was a very hard worker for his constituents.”