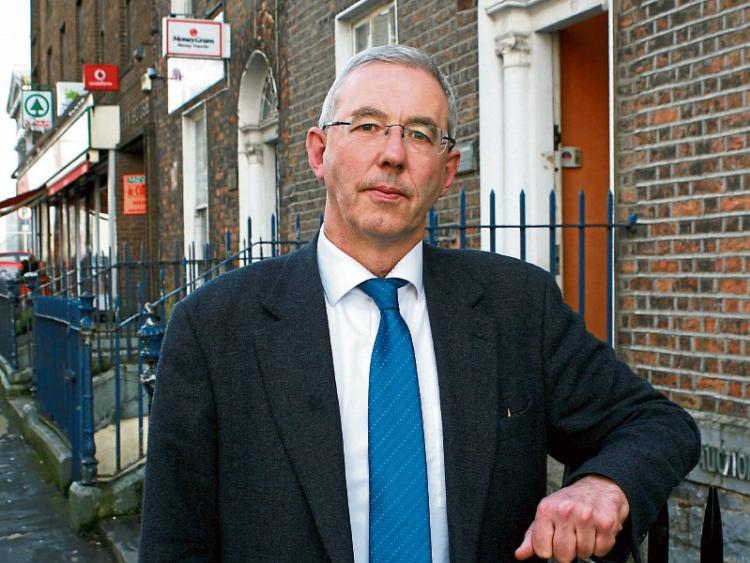 THERE was a huge round of applause in the latest repossession hearings in Limerick after county registrar Pat Wallace struck out an order by AIB Mortgage Bank against a divorced woman, describing the bank's actions towards her as “disgraceful”.

The mother of two, who is in her 40s and does not wish to be named, was one of dozens of home owners without any legal representation. The woman, who resides in County Limerick, approached the bench and explained to Mr Wallace in the Limerick Circuit Courts complex that she has been making regular mortgage repayments despite her changed financial and home circumstances.

The court heard that the woman owes a total debt of €93,956 to AIB, including arrears of €38,344. She made the last payment of €220 in December last. She recently received a letter from the bank informing her that legal fees of over €3,000 was now due to them from her, and suggested that she may wish to take out a loan to cover this cost.

“This is disgraceful, disgraceful,” said Mr Wallace. “I'm striking out the proceedings. The bank needs to take a look at themselves,” he said to applause.

It was a rare moment of triumph for the ordinary, struggling home-owner in court, where in the past dozens of protestors have stood up and interrupted court proceedings. At the time Mr Wallace had to vacate the courtroom until order was restored.

Speaking to the Limerick Leader after the brief hearing, the woman explained that she has been making payments of €222 a fortnight, but said of the mix-up, “someone in the bank can't add”.

She bought her house under a tracker mortgage with AIB in 2000, and “co-operated with the process from the start”. However, she said that in 2009 her family of four went to a family of two, as she now lives with one of her children, aged 10.

She said her husband had stopped paying the mortgage, and she took over the entire mortgage as she had “no choice”.

Thereafter, she negotiated with the bank’s branch in the city, and was also contacted by Certus, the debt recovery agency, and terms were agreed with them.

“The cheek of them to come back and land me with their legal fees when I had co-operated from the start,” she said.  “I didn't feel that AIB had any procedure in place of terms of dealing with divorced people and how to sort out their properties. I felt as if I was back in the 1990s and I was a test case.”

Her case was among 164 cases which came before the court on Friday last, and of those less than 10% of those orders were granted. The majority of the cases were taken by EBS Limited, followed by Ulster Bank, AIB, Bank of Ireland, TSB, KBC, Start Mortgages, Pepper Finance Corporation, Stepstone, Haven and Springboard.

In another case taken by AIB Mortgage Bank, a family of six were fighting to retain their family home, after struggling to meet their repayments when both lost their jobs - one due to illness.

The court heard that the mother then recently found work in a cafe and her husband had returned to work as an electrician. They owe a total debt of €135,083, and arrears of €65,927, after struggling to meet the monthly payments of €700. The case, which was on the list for repossessions for a second time, has been adjourned until May.

In a case taken by Pepper Finance Corporation, solicitor Ger O'Neill told the court that the husband had walked out on his wife and child, leaving behind a total debt on their property of €447,650, arrears of €113,541 and monthly installments of €1,800 due to the bank.

“She's in an awful situation, and is taking a case in the family law courts. It would be unfair on her to grant any order when family law proceedings are outstanding,” Mr O'Neill said. While this case too was adjourned, Mr Wallace cautioned: “I think it’s heading one way.”

In a case taken by Bank of Ireland Mortgage Bank against one man, the court heard that representatives from the bank called to his door five times and received no answer.

When they called again on the morning of December 2 last, they found a young and older man present, but they told the representative that they were plumbers and refused to give their names. The order for possession was granted, for service by pre-paid post.

In a case taken against two males by Bank of Ireland Mortgage Bank, which has appeared on the court's list six times, Mr Wallace said he wasn’t satisfied that the service of proceedings was correct and expressed “concerns about the quality of service in this case”.

The property has been vacant for some time, with arrears of €42,905 owed. He said he would not be making an order again on this occasion, and adjourned it.

In a case taken by AIB Mortgage Bank against a couple with four children, including a baby and a child with special needs, Mr Wallace said that their monthly payments due of €1,545 were becoming “unsustainable”. A sum of €500 was received in December. “The debt will only increase and increase,” he warned. “There has to be some sense of reality.”

In a case taken by Bank of Ireland against a separated couple, the court heard that a total debt of €225,834 is due, including arrears of over €69,000, with few repayments made.  “She is in a precarious position,” said her defence. “Family law proceedings have been settled but have yet to be implemented.” Her former partner, who is a farmer, approached the bench and told Mr Wallace that his 62 acres is mortgage free. ”You might want to look at that,” added Mr Wallace.

In a case taken by Ulster Bank, the court heard that a mother of three, with the oldest aged six, has been “abandoned” by her husband who emigrated to Australia, and whom has not offered his former partner any support.

The mother is surviving on an income of €277 a week.

“If rendered homeless, she and her three children will be a burden on the State,” said her defence. ”It has been impossible to get maintenance from him.”

Mr Wallace suggested that to the solicitor that she “could make life very uncomfortable for him. He has to honour his obligations. It's up to you to pursue him.” It was adjourned to May 6.

In a case taken by EBS against one man, who has separated, the court heard that his ex-wife was still living in the property but she did not appear in court.

A total debt of €171,000 was owed, including arrears of €36,863.  “Where will she go?” asked Mr Wallace.  “I dunno,” her ex-husband replied. The order for possession was granted, with a stay of three months.  The majority of cases were adjourned to May 6 and July 1 to allow further talks with the banks.