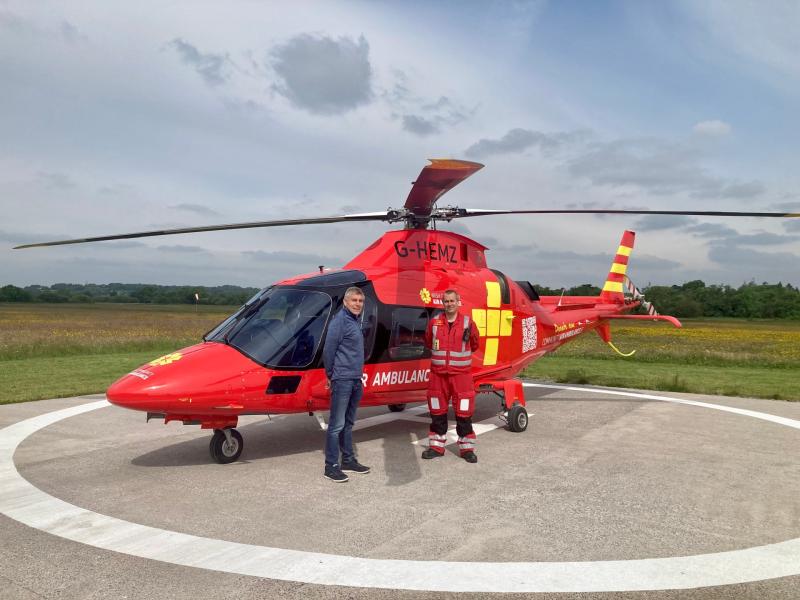 "I'm here because of them," said Tom Quinlan from Galbally when he was reunited with one of the advanced paramedics, Paul Traynor, who attended the scene of the incident.

"Myself and my son we were after cutting a big tree and the tree spun and kicked and all I know is I got a bad belt and it was instantaneous and I was trapped under it," he told reporter Brian O'Connell on RTÉ Radio One.

"I'm from a rural community and all of us are the same - we love the rural (life) but when you need the services you are a long way away from them and I believe it was the work of these men that made all the difference to me and that's why I am here today," he added.

Tom was speaking in North Cork at the headquarters of The Irish Community Air Ambulance which, this week, has taken delivery of a Leonardo 109S helicopter. 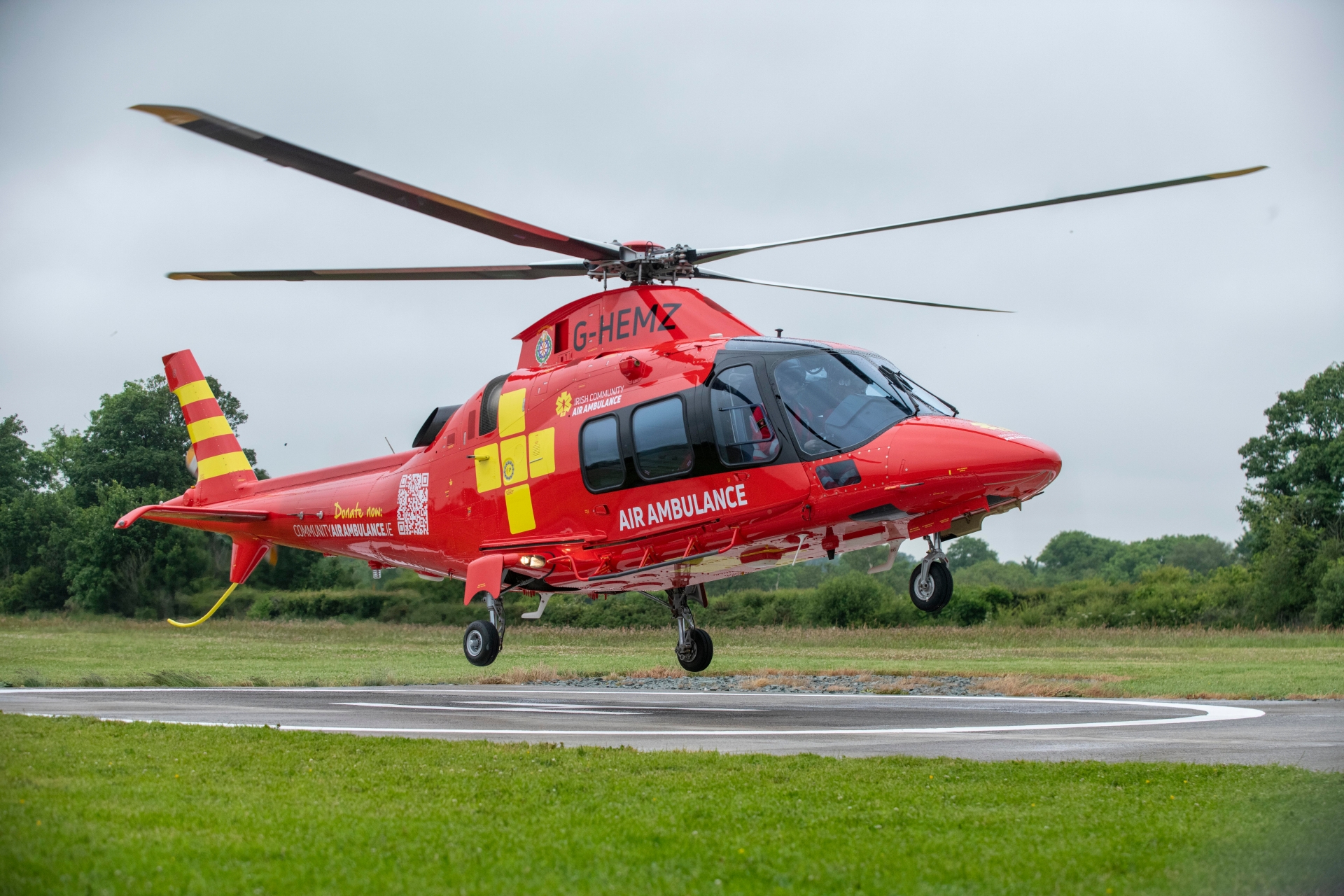 It is the fastest civilian helicopter in the world and is ideally suited to the provision of a rural Helicopter Emergency Medical Service.

The charity heli-med service has responded to almost 1,000 incidents, including dozens in Limerick, from its base in Rathcoole, County Cork since it was established in July 2019.

Cardiac arrests account for the most incidents so far this year, followed by road traffic collisions and farming accidents.

The new aircraft, which will go into full service from this Thursday, offers more speed, greater patient comfort and it has the capacity to take on more fuel increasing endurance and range.

The helicopter can travel up to 300 kilometres per hour and is capable of flying the length of the country in a little over 90 minutes. The same journey would take 8 hours by road.

Speaking at the launch of the new helicopter, Irish Community Air Ambulance Chief Executive Mícheál Sheridan said: “We are often called to the most serious of incidents, in these situations where you’re dealing with a critical patient, the small gains can have the greatest benefit to the patient’s comfort and outcomes. This new helicopter offers more speed but it also has additional room at the rear. That means that we can transport adult patients more comfortably and we also have space for an additional medic on board, if necessary.”

The Community Air Ambulance works in tandem with the National Ambulance Service and brings patients to the hospital that best suits their life-saving needs. While a number of patients have been transferred to University Hospital Limerick, The Mater Hospital in Dublin and Cork University Hospital (CUH) are the two major centres for the provision of trauma care in Ireland.

“In recent weeks we’ve airlifted seriously ill patients to both CUH and the Mater during one shift. That highlights the speed and versatility of our service. We’re also called upon to transport paediatric emergency cases to Temple Street Children’s Hospital. Our new helicopter has more space for the parents of children who may need to be transferred over long distances to Dublin and will be able to get them there that bit faster," said Micheál Sheridan.

While the arrival of the new helicopter is welcome, it will cost more to operate than its predecessor. "The Air Ambulance is expected to cost €1.55m to run this year and relies entirely on fundraising. Each mission costs an average of €3,500, we need donations and support to help us go further faster,” said Mr Sheridan.

Limerick farms are ideal to land a helicopter but not an air ambulance, stresses new campaign