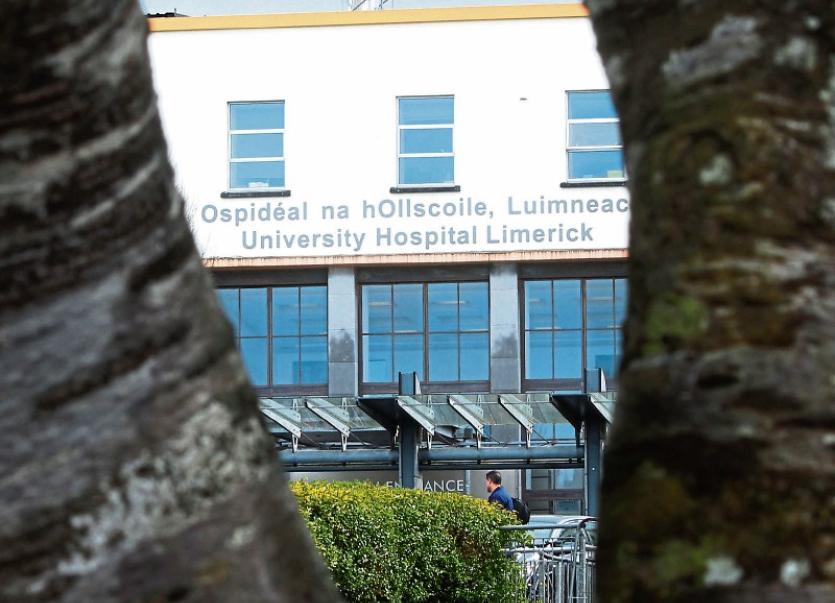 There are 14 cases of Covid-19 in county Limerick

LIMERICK is facing a “war time-like” crisis over the global Covid-19 pandemic, with the first crucial testing centre now in operation on the outskirts of the city.

There is just one facility in Limerick, but this is expected to change quickly as the demand for testing increases manifold in the coming days and weeks.

There are 366 cases nationwide, and Limerick has the third highest number with 14 patients, according to new Department of Health figures.

But despite the advice of the country’s most respected healthcare professionals and the Government, a number of Limerick pubs are still serving drink to the public, putting members in a West Limerick community at risk.

A number of local sources have also confirmed this to be the case. It's understood while the front of the bars are closed, customers are being asked to access the rear of the buildings.

“A lot of members of the public have contacted me that a number of pubs in the west have remained open the last couple of days. People have been drinking excessively and not adhering to the distance separation public health advice.

“When I speak to An Garda Siochana, they don't have the powers to close these pubs. They can only remind the publicans of the advice.”

The Fianna Fail TD said that it was “really scandalous disregard for the wider community”, adding that there has been an influx of people who do not live there for most of the year.

As the HSE is expecting to receive in the region of 30,000 test kits to deal with increasing demand, three test centres are now in operation in Limerick, Clare and Tipperary.

These centres can only be accessed by appointment, and people without an appointment will be turned away. Any GP can make an electronic referral to the HSE’s Healthlink system, after which people will be contacted for an appointment, which could be for a number of days.

The HSE also a Mid-West helpline for those who may be a close or casual contact of a confirmed case. The helpline (1890 300046), which is run by a team of 12 staff, is already at high capacity, fielding in the region of 1,000 calls per day, it is understood.

And due to the outbreak in Ireland, the vast majority of all outpatient appointments and elective surgeries in public hospitals across the Mid-West have now been postponed, except for crucial and time-sensitive operations.

The HSE has indicated that individual hotels may be asked to provide services, Elaina Fitzgerald Kane, president of the Irish Hotels Federation confirmed this Wednesday.  “I am not personally aware of any hotels that have made any such arrangement,” she said and she confirmed that her own family hotel, Woodlands House Hotel had not made any agreement.

Any services required from a hotel, she explained, would most likely involve providing accommodation for frontline workers or for nursing home residents and would not be for Covid-19 patients.

The pandemic has also exposed a many businesses to financial uncertainty, due to an abysmal decline in trade, and it is reported that up to 100,000 workers could lose their jobs in the coming weeks.

The council is now calling on businesses experiencing difficulty in paying rates to contact them, and has suspended all legal proceedings during the outbreak period.

A spokesperson has said that a range of supports are available, including small and medium business scheme, tourism sector support scheme, alongside a number of Government packages.

Meanwhile, Government TD Kieran O’Donnell has called on the Government for a national relief programme for businesses that have been impacted.

“This is a war time-like situation and the measures taken have to reflect this reality.  We will come through this and it is very important, that the necessary supports are in place to come through the emergency period and thereafter that people can get back to work as fast as possible,” Deputy O’Donnell stated this Wednesday.

In County Limerick, instead of catering for large numbers of customers on St Patrick's Day, publican Catherine Reardon spent much of Tuesday doing a deep clean of her pub near Lough Gur.

The family-run premises has been operating since 1944 and Catherine says the decision to close on Sunday night is extremely disappointing.

"We have no plan, we just closed on Sunday night and we can't reopen for two weeks," she told the Limerick Leader adding that the restaurant at the premises is continuing to provide take-away meals for customers.

"They can come in, pick them up and just go," she said.

"I have no income coming in, it's that simple and we are just doing takeaways for anyone who wants them and there is nothing else we can do until this blows over," she said.

"Normally, St Patrick's Day would be a very busy day for us and we had nothing.

"If if goes on longer than it too weeks it could be difficult to reopen. Just doing the takeaway meals we are way down on what we would be normally doing so it is a big concern for us," added the public who had three part-time workers up to the closure,” she told the Limerick Leader.