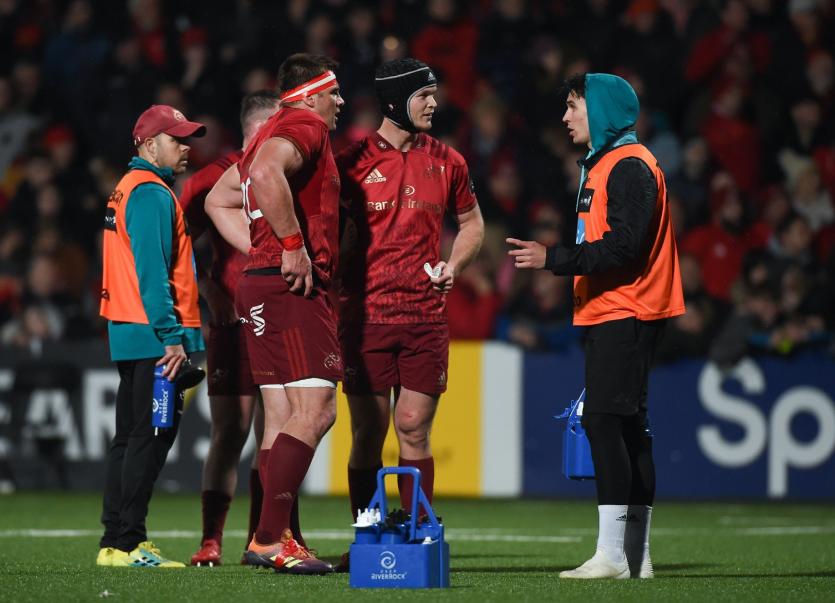 Earls, the two-try hero from Munster's nail-biting Heineken Champions Cup quarter-final win over Edinburgh, was a late withdrawal from the starting line-up. His place on the wing at a sold-out Musgrave Park was taken by Darren Sweetnam.

Coach Van Graan explained in his post-match press briefing: “Yeah, look, it’s been a physical few weeks, a few knocks and bruises. Earlsy (Keith Earls) before the game pulled up with a tight few muscles in his leg, so we decided not to risk anything.

“They thumped us the previous time in Cardiff and five points I’ll take.”

Van Graan indicated that he will rotate his starting line-up for next Friday night's trip to Italy to take on Benetton Rugby at Stadio Monigo, 7pm Irish time.

Johann van Graan's charges booked their place in the Guinness PRO14 play-offs this season on the back of Friday night's 45-21 thumping of Cardiff.

Munster have also secured Heineken Champions Cup rugby for next season as the province is guaranteed a top three finish in Conference A of the Pro14 with now just two series of regular season games to go.

Second-placed Munster will be anxious to overhaul Conference leaders Glasgow over the final two games as top spot secures a home semi-final in the Pro14.

Following Friday night's clash with Benetton, Munster host Connacht in their final game on Saturday, April 27 at Thomond Park. Next up for Glasgow is a date with Leinster in Dublin next weekend, before a home tie against Edinburgh Rugby.