Green Fingers: Everything has it’s role - even wasps 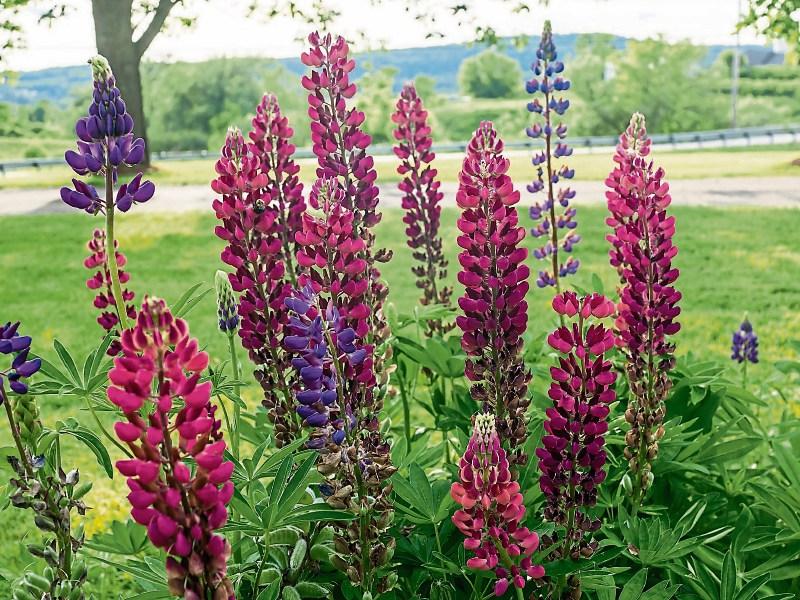 WHILE walking in the garden recently it began to rain softly. In the middle of this rain I heard a buzzing sound and thought it must be a bee. On closer examination I saw that it was, in fact, a wasp.

The wasp must have had a nest nearby - I have found two nests in the garden in the last couple of years. What this wasp was doing was picking off greenfly. They use this as a food source for themselves and their young.

It just reminded me that wasps are not all bad - and that’s coming from someone who has had several wasp stings through the years. Wasps only become a nuisance at the end of the summer. Between now and then they are actually the gardener’s friend. Meanwhile, elsewhere in the garden some herbaceous perennials are bursting into flower.

The most likely type of catmint you will see for sale is: six-hill-giant. Nepeta x faassenii ‘six hill giant’ is a herbaceous perennial. This means that, although it will live for years, it will never get woody. It is also considered an herb plant, the genus having been used medicinally for centuries in several ways, including as a sedative. I have to say that I have found this plant to be among the hardest working plants in our garden.

Nepeta’s are fragrant plants, the grey-green leaves of Nepeta x faassenii may be harvested and dried for use in potpourri. The violet-lavender flowers are small but numerous, and they are shaped like little trumpets. The plant will reach 2 to 3 feet in height, with a somewhat greater spread. Growth habit is mounding. As a hybrid plant, you don't have to worry about it spreading via seed (it's sterile); nor will it spread via rhizomes, despite its roots in the mint family. So here you have two shrubs that work great in any garden, are great for filling gaps in summer colour and provide food for pollinators.

Growing lupins is as simple as planting seeds or cuttings into a sunny area with well-drained soil. If growing lupins from seed, scratch the seed surface of the compost or soak seeds overnight in lukewarm water to allow the seed coat to be easily penetrated. Seeds of the lupin plants may also be chilled for a week in the refrigerator prior to planting. This will fool them into thinking that winter is passed and so the spring must be here.

Direct sowing of lupin seeds in autumn is perhaps the easiest method. Lupins produce seed which will re-produce more flowers the following year if not removed from the growing plant. However, we choose to remove the seed from the plant as this encourages more flowers to form. We then simply buy new seed and grow new plants from them.

Average soil is best for growing lupins. Utilise this trait and plant lupins in areas of the garden that have not been composted or enriched in other ways