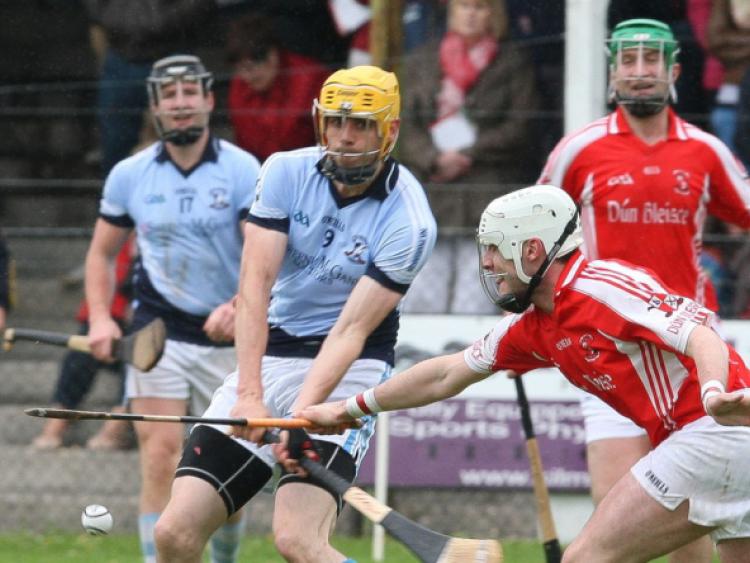 JUST a week after their heroics against Tipperary in the Munster SHC, members of the Limerick senior hurling team were back on form over the weekend in the Limerick SHC and IHC.

JUST a week after their heroics against Tipperary in the Munster SHC, members of the Limerick senior hurling team were back on form over the weekend in the Limerick SHC and IHC.

Twenty three were involved with senior clubs, while another five played in the intermediate grade.

Crucially it appears all of the players who featured against Tipperary will return to inter-county training unscathed.

However, there will be concern over substitute Adrian Breen. The attacker was forced off injured in the early stages of Na Piarsiagh’s defeat to Doon with a shoulder injury.

Hit 1-11 of Murroe-Boher’s 1-15 in their three-point win over Knockainey. The inter-county corner forward scored 1-4 from play

He lined out in midfield in Murroe-Boher’s 1-15 to 0-15 win over Knockainey. Played the full hour but didn’t score

Scored a brilliant second half goal for Kilmallock but was very tightly marked by Mikey Kiely of Ballybrown.

Kilmallock had Limerick wing back Gavin O’Mahony in the unusual role of centre forward. He scored a point and created a goal but didn’t look fully comfortable at centre-forward

The Limerick sub scored 2-1 from play in Na Piarsaigh’s loss to Doon. He cracked home the goals brilliantly but was quiet over the course of the hour

Notched 1-5 for Na Piarsaigh but just two points came from play from his wing forward role. Crashed home an excellent goal from a 21-metre free early in the second half

Lined out centre forward and scored an early point but wasn’t prominent throughout the contest, which Doon bossed for long periods

The Limerick centre forward was in midfield for Garryspillane in their loss to Ahane. He is one of those that will be involved in Limerick SFC this weekend

Started in midfield for Patrickswell and was among their scorers in their blitz of Granagh-Ballingarry.

The Limerick sub scored 0-8 for Croom. Six of his scores came from frees but it wasn’t enough to stop Croom falling to a 0-11 to 0-10 loss to South Liberties

The Limerick midfielder was midfield for his club as Bruff side were 3-13 to 3-9 winners over Dromin-Athlacca in the IHC. Browne scored a point from play

The Limerick sub started centre forward as Dromin-Athlacca were beaten 3-13 to 3-9 by Bruff in the IHC. Reidy scored two goals from 21-metre frees but wasn’t largely involved.