No fresh injuries for Limerick footballers 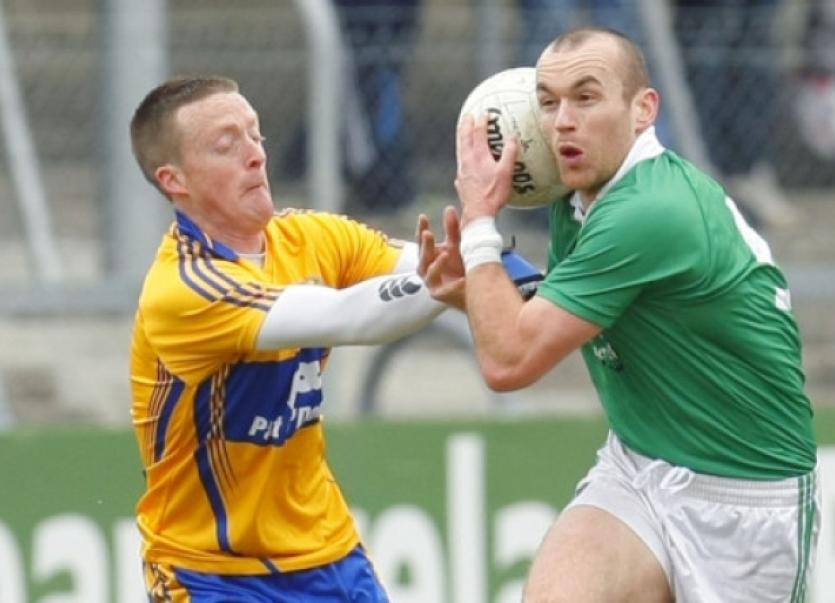 THE Limerick senior footballers make just a fourth ever appearnace in Croke Park this Saturday.

THE Limerick senior footballers make just a fourth ever appearnace in Croke Park this Saturday.

Maurice Horan’s side play Offaly in the Division Four final of the National League.

The game has a 5.00 start and will be the curtain-raiser to the Division Three final between Meath and Monaghan.

Both games will be live on TG4.

Both of Saturday evening’s finalists are already assured of promotion for next season but would welcome silverware as a pre-championship boost.

Limerick are looking to regain the trophy they won in 2010 - when beating Waterford in the final.

However, Limerick only stayed in Division Three for one season and therefore find themselves back in the final of the basement division again.

Back in 2003, Limerick agonisingly lose to Westmeath in Croke Park in the DivisionTwo final.

Lavin and O’Riordan have played in every game of this season’s league.

Lucey and Galvin both carried injuries into the league and are just getting back to full fitness but are likely to be involved in Saturday’s match panel.

Indeed the duo played in a challenge game against Laois last week.

Stephen Kelly remains sidelined through injury and along with Jim O’Donovan and John Cooke, won’t be involved on Saturday.

Saturday will be a busy day for GAA fans.

In Doon, at 3.00, the Limerick senior hurlers play Wexford in a challenge game.

The outing will be first time game as a team for John Allen’s side since their disappointing league final loss to Dublin.

Also on Saturday, the Limerick U-21 hurlers will play Dublin in a challenge game for the Tommy Quaid Cup in Effin at 3.00.

Overall, it is a very busy GAA weekend.

The Limerick minor footballers are in action in the Munster championship on Friday night.

After their loss to Waterford they will attempt to battle through the backdoor when travelling to Ennis to play Clare.

There will also be four county final down for decision at U-21 hurling level - all on Sunday.

Na Piarsaigh will defend their premier level title against Patrickswell at 3.00 on Sunday in Bruff.