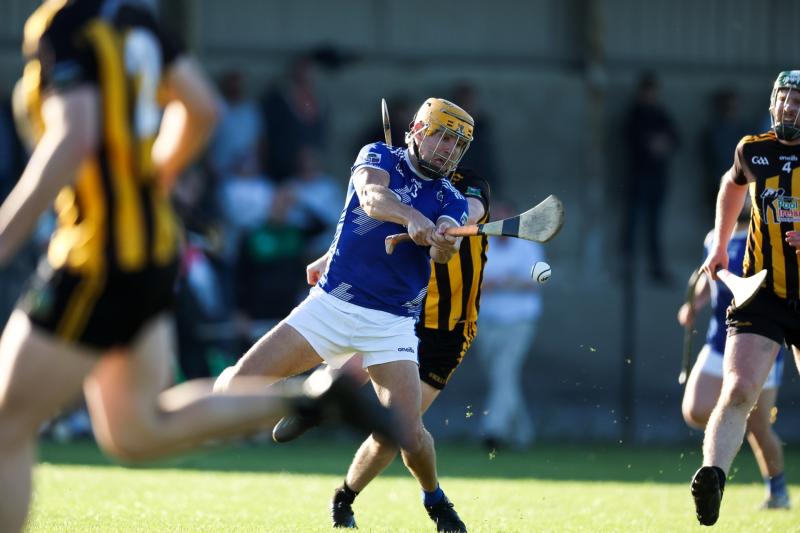 THE race for Limerick senior club hurling championship honours is down to six teams.

The group stages of the Bon Secours Limerick SHC concluded yesterday with a thrilling final round of action across six games.
Champions Kilmallock and favourites Na Piarsaigh have advanced directly to the October 15/16 semi finals – one of which will be shown live on RTE television.

Into the October 8-10 quarter finals are Doon and Patrickswell from Group One and Kildimo-Pallaskenry and South Liberties from Group Two. A draw. this Monday, will determine the pairings between the respective teams from the two groups.

Five of the six teams are returning to the knockout stages from last year – Kildimo-Pallaskenry are the newcomers. In just their second year up in the senior ranks the Kyle Hayes captained side have ended a wait of over 80 years to see a team from the parish back in the business end of the county senior hurling championship.

As well as securing a quarter final spot against Doon or Patrickswell, Kildimo-Pallaskenry have also earned promotion into Group One for 2023 – replacing the relegated Adare.

It’s an incredible climb up the ranks for Kildimo-Pallaskenry with title wins in IHC (2017) and PIHC (2020) and now promotion among the elite to join Na Piarsaigh, Kilmallock, Doon, Patrickswell and Ahane next season.

Kildimo-Pallaskenry won the SHC County Cup last year and this year’s final will be between neighbours Ballybrown and Mungret.

Adare slip back down into Group Two for 2023, alongside South Liberties, Ballybrown, Mungret, Garryspillane and the winner of the Premier IHC title.

Blackrock lost their senior status after a three year stay and the race to replace them is ultra competitive in the Premier IHC.

Ahead of the final round of group games six teams are still in contention for the four semi final places – Monaleen, Effin, Newcastle West, Bruff, Glenroe and Dromin-Athlacca.
Knockainey are already relegated from the PIHC.

In the third tier of Limerick club hurling, Croagh-Kilfinny and Na Piarsaigh’s second team have advanced directly into the semi finals.

In the county IHC relegation play-off, Caherline will play Kilmallock to determine who drops to the junior ranks.

Next weekend attention switches back to club football with the final round of group games at senior, intermediate and junior level.

After next weekend’s fixtures the knockout stages of the football championships will be known and are down for decision one week later.

Newcastle West, Fr Caseys, Adare and St Kierans have all confirmed their progress already in the Limerick SFC with two quarter finalists to be confirmed this weekend.