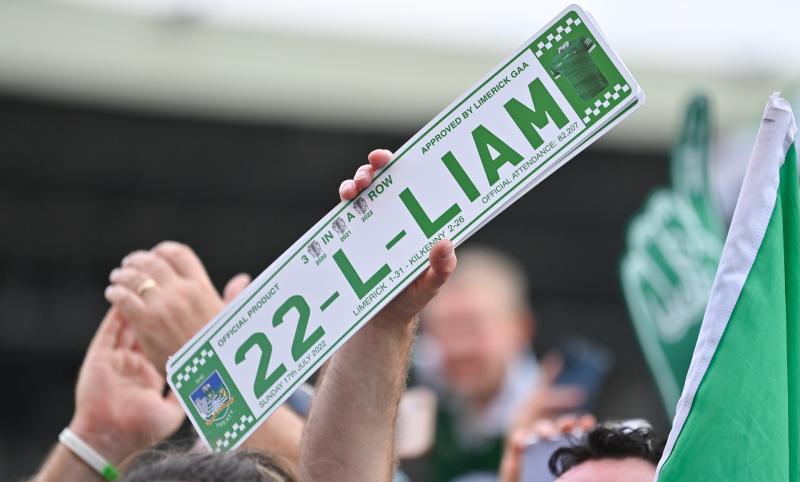 A confirmed list of the selling agents for Limerick's official commemorative 3-in-a-row Number Plate Sign has been confirmed.

The signs are on sale for €5 each with proceeds going to the Limerick Players Training Fund.

A total of 23 different outlets are now selling to number plate signs.

"Limerick GAA urges supporters to only purchase the official sign as the purchase of unofficial 22-L-Liam signs has no benefit whatsoever to Limerick GAA or our players," stressed Limerick GAA chairman John Cregan.

He added: "Our official sign has some very distinctive hallmarks on it that include the use of both the Limerick GAA crest and our county jersey".

"We would like to express our sincerest thanks to our legions of loyal supporters for your extremely generous support of our Number Plate Signs in the past and we hope you are all looking forward to adding the official 22-L-Liam to your collection," said Cregan.