Opinion: Heedless development and interference with wetlands the cause of our problems 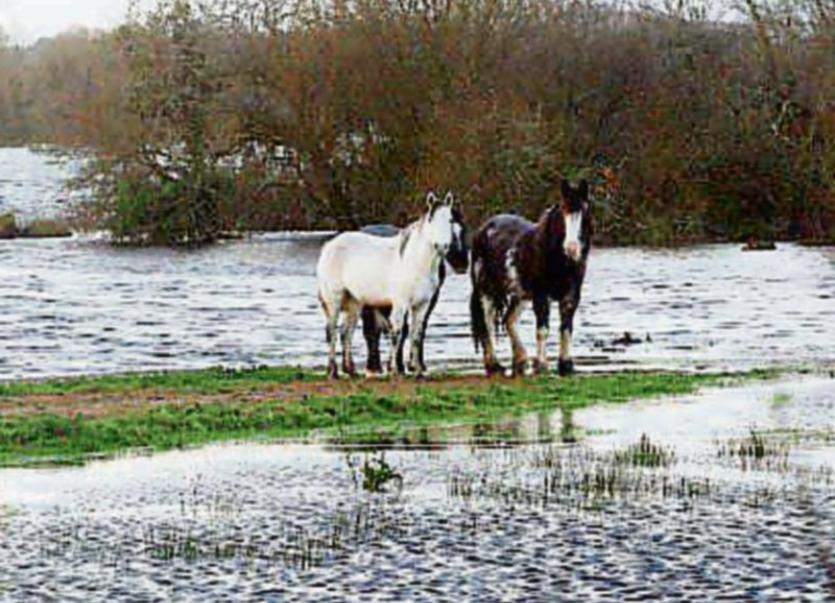 The recent severe flooding episodes which inundated large parts of the country were a case of deja vu for those affected, mindful of similar disasters in December 2015 and early 2016 and going back further, 2009.

Granted we are all aware that flooding is a natural process that can happen at any time in a wide variety of locations.

Flooding from the sea and from rivers is probably best known; however prolonged, intense and localised rainfall causes sewer and drain flooding, overland flow and groundwater flooding, with significant impacts on human activities - housing, transport and public service infrastructure, and commercial, industrial and agricultural enterprises. The health, social, economic and environmental impacts of flooding can be significant and have a wide community impact, and which was evident from the recent flooding scenarios notably in the Shannon catchment area, which by comparison with the rest of the country, had terrible consequences in terms of loss of property and personal deprivation.

Had any lessons been learned let alone implemented from the previous flooding of 2009, when we were assured by the then Minister of State with responsibility for the OPW, that flood mitigation measures would be implemented against similar flood disasters in the near future – some, but not enough. Granted many CFRAM (catchment flood risk assessment management) plans were drawn up, but very few implemented in flood prone areas.

The main problem in Ireland in relation to flood control in river basins has, for decades, been interference with natural hydraulic patterns, such as drainage of wetlands most notably within the Shannon catchment, which has five wetlands of international importance.

Wetlands, or the lack thereof, were a significant factor in the severe flooding in the Upper Mississippi and Missouri River Basins in the summer of 1993.

Damages associated with the flooding were undoubtedly worse than they would have been if flood-plain wetlands had still been in place. Human modification of the original wetlands had destroyed the ability of the wetlands to modify flooding.

Flood control, however, is only one of the values that wetlands have for society. In order to protect wetlands, the public first must recognize the value of wetlands.

People need to understand what is lost when a wetland is changed into an agricultural field, a parking lot, or a housing development.

Understanding the functions of wetlands will make it easier to evaluate wetlands when other uses are considered.

In the case of the Shannon catchment, over decades successive Irish governments have shown a lack of concern for the negative impact of large scale drainage schemes. Such schemes were aided and abetted by Brussels and Dublin by way of subsidies, and have resulted in large scale farming development on reclaimed wetlands, exacerbating the risk of flooding.

As a consequence of the severity of the 2009 floods, the situation with regard to wetland development changed, but farmers then reacted angrily to proposed new environmental regulations which could mean farmers having to get planning permission to reclaim swampy scrubland or wetlands.

At the time the European Court of Justice ruled Ireland’s Environmental Impact Assessment (EIA) screening for certain agricultural developments was in breach of EU directives. The regulations also included provisions for removal of field boundaries, semi-natural areas and drainage and irrigation projects.

The president of the Irish Cattle and Sheep Farmers Association, at the time described the new regulations as “an outrageous assault on property rights and the concept of freedom to farm”. 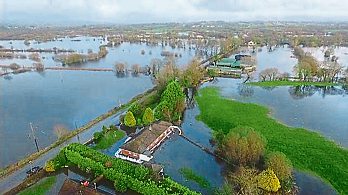 That statement would now ring hollow in the ears of many farmers in the Shannon catchment who found themselves totally waterlogged as a result of their interference with wetlands.

The Dutch despite having most of their country below sea level, are well capable of managing flood episodes, unlike Ireland where the vast majority of the country is above sea level.

What the Dutch have undertaken is “de-poldering” - lowering/removing the dikes in some areas of farmland and designating the land as a flood zone.

The inundation of these former agricultural areas during flood events will protect towns elsewhere. In other areas retreat is being managed by protecting farm houses and acknowledging the farm land itself will flood.

This is being done by demolishing the existing farm houses, constructing giant man-made mounds (~20 acres each) and rebuilding farm houses on top of them (hopefully) higher than the flood waters will reach (~7-8m high). One example is Overdiepse Polder, where 16 farms have been designated as flood zones to protect 140,000 residents of Den Bosch.

The most important advice we can take from the Dutch experience of flood risk management is that you need to be adaptable, open minded to changing historic land use patterns and prepared to take radical solutions as the Dutch have done.

Ireland has transposed into law the EU Water Famework Directive 2006 and the EU Directive on the Assessment and Management of Flood Risks 2007, but is falling far short of implementing the key requirements of those directives which relate to flood management in river basins. 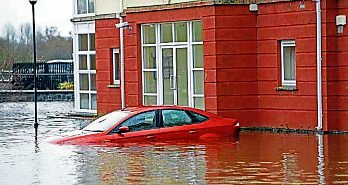 It is little comfort to those affected by flooding to have some ministerial type assuring them that everything will be done to prevent such future catastrophic floods. But happen they will as we are in a cycle of much more frequent extreme weather events.

There are simple basic practices to be followed to mitigate flooding in river basin catchments such as non-interference with wetlands, and not felling trees on catchment high ground to promote sheep farming.

As pointed out by Dr Tom McDermott of the School of Economics and the Environmental Research Institute at University College Cork, “We appear as  a society to be overly-exposed to flood risk – there are various reasons why developers and house builders do not take full account of flood risk when deciding where to build.”

This stands to reason given that we are a small island nation replete with a network of lotic and lentic systems (lakes and rivers). Despite the severe flooding, there are still Irish local authorities and developers who are either wilfully or blissfully ignorant so to allow developments on flood plains, and will continue to do so unless flood plain regulations are enforced and complied with.

So when you interfere with natural flood plains – by way of drainage, tree / hedge clearing, or building on flood plains you unfortunately have to suffer the consequences.