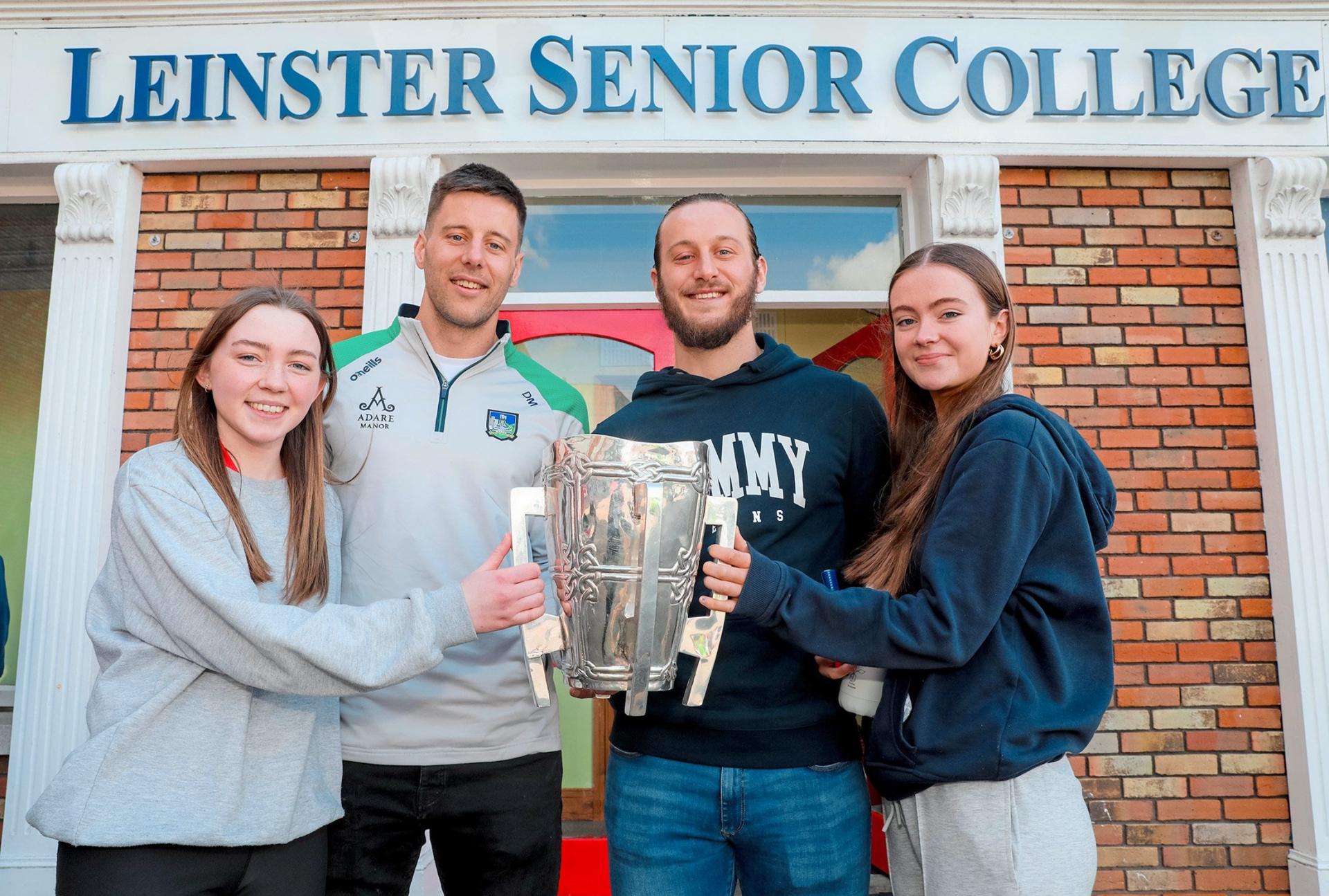 STUDENTS at Leinster Senior College were treated to a talk with two Limerick hurling star-players, where they shared how they kept motivated while studying for the Leaving Certificate.

Dan and Tom Morrissey brought along the Liam MacCarthy Cup when they gave a talk at the Newbridge establishment that caters to fifth and sixth years.

Introducing them to the college’s students, principal Karl Hegarty applauded the two on Limerick’s All-Ireland victories, referring to it as a ‘massive feat’.

Beginning their talk at around 3.30pm, the brothers emphasised the importance of both education and sport, and said that they made sure to balance their time between playing GAA and studying for the Leaving Certificate.

The duo also revealed that they enjoyed their time attending the University of Limerick (UL), but both advised students looking into attending college or university to make sure to keep on top of their work, and to maintain a structure.

Dan explained: “the lecturers will not chase you for your work.”

When asked about maintaining their motivation in the field by principal Hegarty, Dan admitted: “when you’re in with a good chance of winning, it is easier to be motivated and train hard.”

He also pointed to former Liverpool FC captain Steven Gerrard and former Kilkenny hurler-turned-manager Henry Shefflin as two of his sports idols that motivated him to pursue sport.

Tom added: “Everyone on the team pushes one another to be a better player, it’s all healthy competition and honesty.”

As for what advice they would give to students in fifth and sixth year, Tom said that he would recommend for them to make sure that they pursue something they enjoy, explaining: “you will be naturally more motivated, and your effort will be rewarded”. Dan also said that they should try to avoid having any regrets.

Tom also once more emphasised the importance of maintaining a balance of work and rest: “We’re not robots; we all need some form of release; not necessarily sport, but in our case, sport was our outlet.”