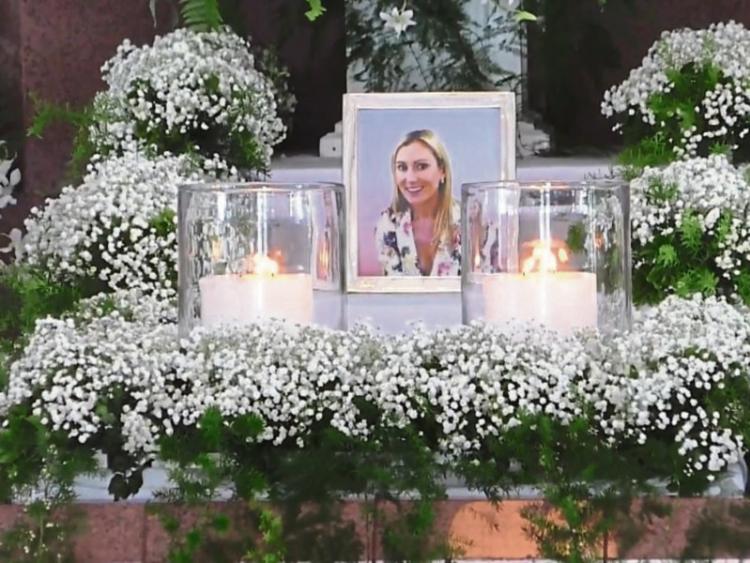 THE devastated husband of Emma McManus nee Ledbetter who died in Barbados has paid tribute to “the most beautiful, kind and selfless person I’ve ever known.”

John McManus was speaking at a memorial service to honour the life of his late wife - JP McManus’ daughter-in-law - Emma, who died suddenly in the Caribbean resort on December 30 last.

Speaking from the altar at the service held at Coral Ridge Memorial Gardens in Barbados this Tuesday, John told their three young children Milly, Lauren and Annie: “Mummy loved you to infinity and beyond. You were the first and last thing she thought about every day. Although we cannot see her anymore, she will live on in our hearts. At any time we can look up to the moon or the twinkling stars and know Mummy is there looking down on us.”

John, pictured speaking below, also made a direct pledge to their daughters, adding: “You sometimes tell me I am the strict one. My promise to the three of you today is, I’ll be more like Mom from now on.” 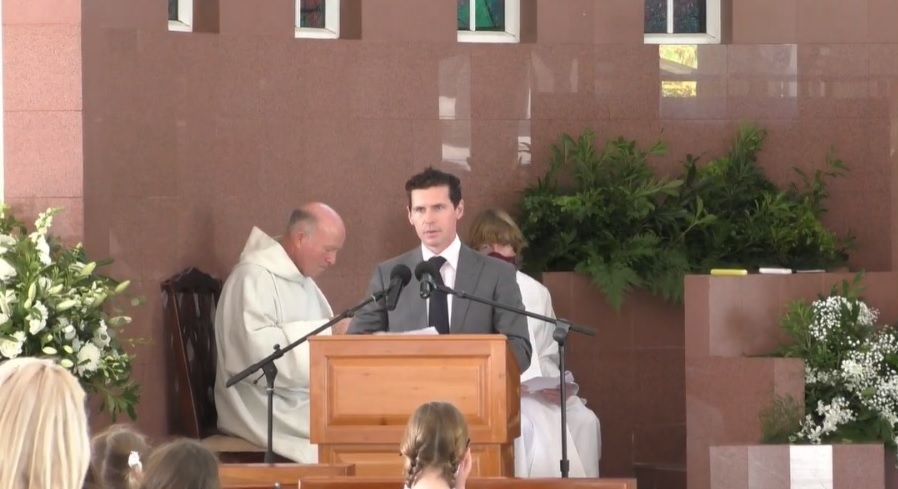 Tears were shed at the service which was led by Glenstal Abbey priest Fr Denis Hooper and Fr Chris O’Donnell, Kilmallock, who flew out to support the McManus and Ledbetter families. Fr O’Donnell had said a memorial Mass for the 40-year-old over the weekend.

The three children offered gifts of a tennis racket, a Werther’s Original sweet, and a cookbook as symbols of their mum’s life. They were placed lovingly below the altar, which was adorned with chrysanthemums ​and a sole picture of Emma.

Among those present to pay their respects were John’s siblings, Sue Ann, and Kieran along with their parents JP and Noreen McManus.

Long-term family friend Andrea Corr, who sang at the pair’s wedding a decade ago, also provided vocals at the emotional occasion.

Thousands tuned in online to the memorial, with dozens of tributes left.

"Central to everything was John, Millie, Lauren and Annie, who she adored, plus her family and wide circle of friends. Ems hated complements. She'd find these words about her somewhat embarrassing. She'd never do anything in order to get praise, but always deserved it,” Nick told the memorial.

“She had the most radiant smile. It could light up a room,” he added, “Be it at home around the kitchen table, or in a box at Cheltenham, Ems had time for everyone. She was quick-witted with an infectious sense of fun.”

Her brother said she was an amazing cook: “Food was her currency”, he added.

She loved nothing more than with a lunch with friends in the sunshine, he added.

“John and Emma's marriage was a relationship to which we should all aspire. They were soulmates, with limitless respect for one another. The hallmark of a great relationship. They were both at their best and happiest when the others were close by,” Nick added.

The music at the memorial was supplied by composer Andrew Lloyd-Webber, who has a home near the McManus’s private resort in Sandy Lane, Barbados.

The service concluded with John and Emma's three little daughters blowing out the candles they had lit at the start.

And Andrea Corr sang the memorial out with the song ‘She's Always a Woman to me’, something she performed on John and Emma's wedding day a decade ago.

May Emma rest in peace.