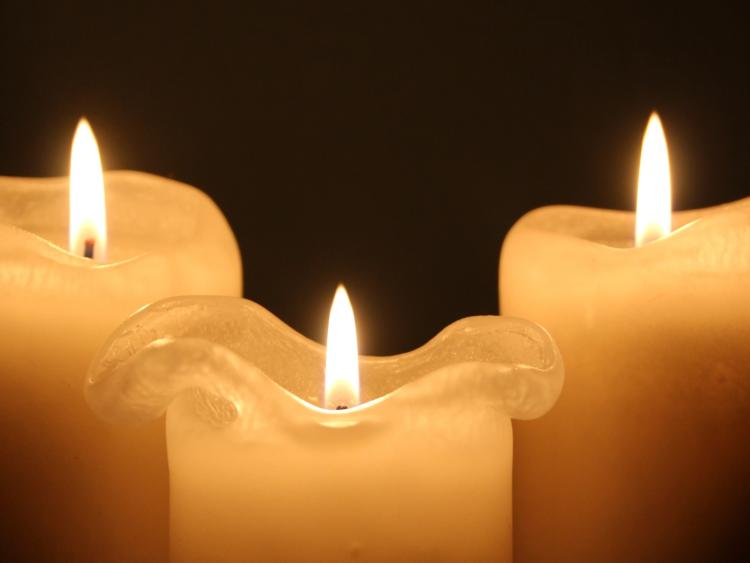 Requiem Mass Wednesday (August 12th) at 2pm in St. John the Baptist Church, Fedamore, with Funeral afterwards to Taylor's Cross Cemetery. In compliance with current guidelines, Mary's funeral Mass will be confined to family only.

House strictly private please. Messages of sympathy may be expressed through the condolence section on rip.ie or mass cards and letters of sympathy can be sent to Cross's Funeral Directors.

Peacefully, in the loving care of the staff at St. Francis Hospice, Blanchardstown. Irene, beloved wife of the late Brian and dear mother of Eoin, Cormac, Bríd and the late Rory. Sadly missed by her loving family, sisters Josephine, BB and Eileen, her daughter-in-law Sandra, her grandchildren Aoife, Ciarán and Conor, brothers-in-law, sisters-in-law, nieces, nephews, relatives and friends and former colleagues at Connolly Hospital, Blanchardstown.

Due to Government advice and restrictions regarding public gatherings and to protect our most vulnerable family members and our friends, a private family funeral will take place. We look forward to meeting everyone at a celebration of both Irene and Brian’s life at a later date.

Those who would have liked to attend Irene’s funeral, but due to current restrictions cannot, can leave your personal messages for the family on rip.ie “Condolences” or on https://www.cunninghamsfunerals.com/death-notices.

Irene’s Funeral Mass may be viewed by following the link below on Wednesday the August 12th 2020 at 1pm. http://oln.ie/site/live-webcam/

Requiem Mass will take place in St. John’s Cathedral on Thursday (13th Aug.) at 11 am. Watch Mass Live. Burial after in Mount St. Lawrence (Extension) Cemetery. Liam’s Funeral Cortege will pass his home on Garryowen Road after Mass on Thursday for neighbours and friends.

In compliance with current guidelines, the funeral will be restricted to family members and close friends only.

Messages of sympathy may be expressed through the rip.ie condolences section, through the death notices section of our website: www.griffinfunerals.com or by post to Griffin’s Funeral Home.

The death has occurred of Rev Fr. Richard (Dick) Crowe, Dooradoyle, and formerly of Towerhill, Cappamore.

Please adhere to the National Guidelines on Covid-19, and social distancing. Messages of sympathy may be expressed through the condolence section on rip.ie or Mass cards and letters of sympathy can be sent to Cross's Funeral Directors.

The death has occurred of James (Jnr) Clancy, Ballyneale, Ballingarry and founding member and current club secretary of Ballingarry AFC.

Arriving for 1.30pm Requiem Mass at The Church of The Immaculate Conception, Ballingarry on Wednesday, August 12th. Private cremation afterwards at Shannon Crematorium.

In compliance with Covid-19 guidelines regarding public gatherings, James' Funeral Mass will be strictly limited to 50 people. Sympathies may be expressed using the condolence link on rip.ie or by post to O'Grady's Funeral Directors, Ballingarry, Co. Limerick.

Thank you for your understanding during this difficult time.