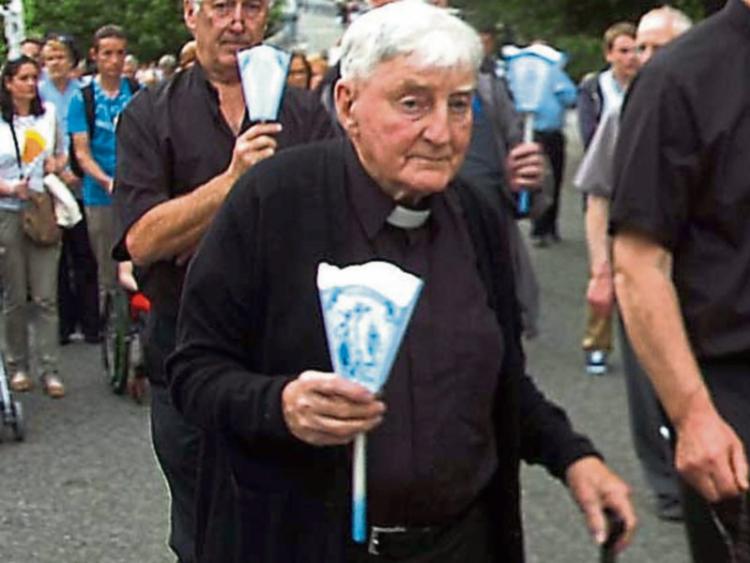 ONE of the longest serving priests in the Limerick Diocese, the Very Reverend Canon James Neville has died.

His death came peacefully last Sunday and he will be buried in Abbeyfeale, the parish he served for so long, this Thursday.

He was ordained in 1952 and served in a number of parishes in the Limerick Diocese before arriving in Abbeyfeale where he was parish priest for many years and was deeply involved in the life of the community.

Among the projects he took a huge interest in was the sheltered housing complex in Abbeyfeale and the building of the Blessed Sacrament chapel attached to the parish church.

The church itself in Abbeyfeale, the Church of the Assumption, celebrated its jubilee this year with a number of events and ceremonies.

Canon Neville was Pastor Emeritus in Abbeyfeale at the time of his death.

He is survived by his sister Eithne, his sister-in-law Margaret, niece, nephew, grandniece, grandnephews, his housekeeper Bernadette Hyland, Bishop Brendan Leahy, the priests of the diocese, other relatives, friends and parishioners.

His remains will repose in the Blessed Sacrament Chapel, Abbeyfeale this Wednesday at from 5pm with removal to the main church at 8pm.

Requiem Mass will be on Thursday at 12.30pm with burial afterwards in the the church grounds.