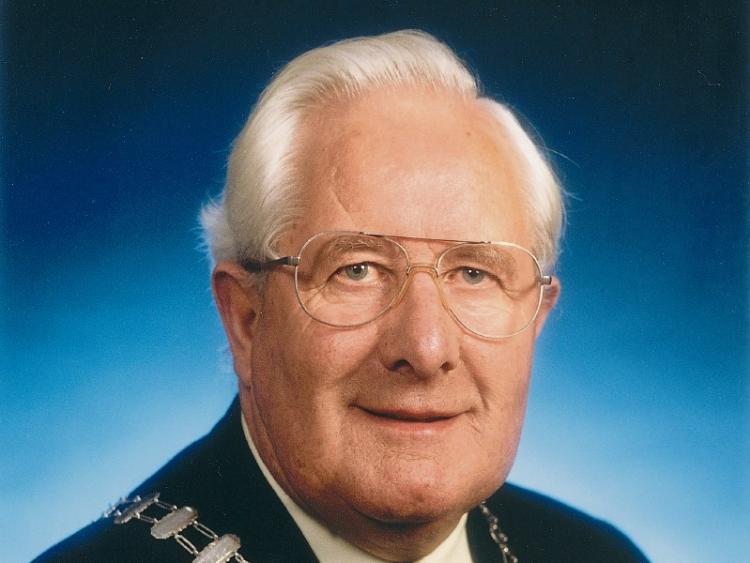 Mayor Cllr Stephen Keary offered his condolences to the family of the former Cathaoirleach of Limerick County Council, John Finucane, who has died at the age of 84

THE MAYOR of Limerick has paid tribute to former Cathaoirleach John Finucane, who has died.

Mayor Cllr Stephen Keary offered his condolences to the family of the former Cathaoirleach of Limerick County Council, who died at the age of 84.

Mayor Keary said the Boher man, who passed away this Wednesday peacefully at Millbrae Lodge Nursing Home, had “a sense of joy that pervaded all his work”.

“I would like to extend my sympathies to the Finucane family on the loss of John. My condolences to his daughters Orla, Triona, Áine, Sinéad and son James, his brothers Karl and Ignatius and extended family,” said the Mayor, who will hold a special meeting of Limerick City and County Council this Friday afternoon following the death of the former Cathaoirleach.

“John had a sense of joy that pervaded all his work as a councillor.  He was hugely liked by all staff and always had a happy and positive outlook. John lived every day to its fullest,” said Mayor Keary.

“He was a stalwart of his local community in Murroe-Boher and was always happy to get involved to help out including in his local GAA club.

“He was hugely passionate about agriculture and was involved at the very beginning with the fledgling charity Bóthar, which was set up in 1991. As a mark of respect I’ve called a special meeting of Limerick City and County Council to remember John.

"He will be sadly missed. Ar dheis Dé go raibh a anam,” he added.

John is predeceased by his wife Ann. He will be reposing in Cross’ Funeral Home, Ballyneety on Saturday from 5pm with removal at 8pm to St. Nicholas’ Church, Boher.

His Requiem Mass takes place on Sunday at 10am with burial afterwards in Abington Cemetery, Murroe.