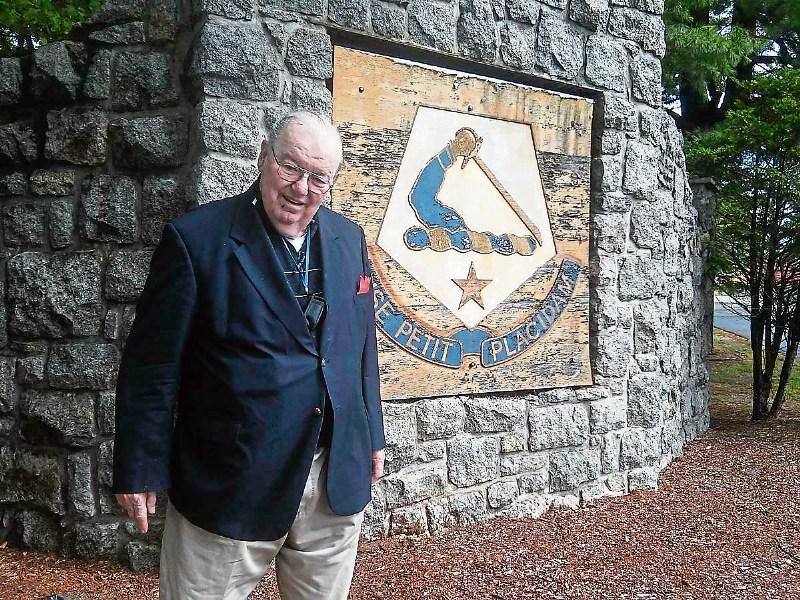 The late Greg Lynch Snr, formerly of Verbatim, at an army base he worked at in Reading, Massachusetts

GREG Lynch grew up in Medford, MA which shaped him and gave him a distinctive accent that he never shook his entire life. He lived for the majority of his life in Saratoga, California.

A chemist and one of the foremost authorities on magnetic media, Greg used that knowledge at a variety of companies like Carter’s Ink, Memorex, Karex and Verbatim.

The decision was made to open up a manufacturing plant in Ireland in order to overcome the trade restrictions of the EU and take advantage of the IDA’s incentive programs.

Despite the naysayers, Greg chose Limerick for the plant and after a short time he was to be proven correct in his choice.

Originally, he was given a year to have the Limerick factory turn a profit. With the help of his Limerick employees, Verbatim Ltd was making money in six months. Greg always felt that Verbatim was a success because of the people of Limerick.

His first offices in Limerick were at Sarsfield House, with windows that overlooked the Shannon River. Equal time was given to planning the buildings as there was watching the swans glide back and forth on the water below him.

The first manufacturing operations were in temporary quarters on the Ballysimon road where he put together a management team that would prove invaluable over the course of his career in Limerick.

People like Tom Herlihy, Pat Kavanagh, John Cahill, Peter MacGregor and Nicki Hartery and the hundreds of others were what made Verbatim success.

They eventually moved out to Raheen into five state-of-the-art buildings. The construction of the building was carefully done to avoid any interference to the Fairy Ring that stood in the middle of the property.

But it wasn’t just work that appealed to Greg Lynch, he embraced the rich society that was life in Limerick. He joined the Limerick Lawn and Tennis club where he was a demon on the squash court. Best of all it was just down the street from the Limerick Ryan Hotel where he lived for the first six months in Limerick. He made lifelong friends at the club with people like Brendan Bradshaw and Froggy McNamara.

Even though he lived in Castletroy, his local was out in Parteen. He spent many nights out there with his mates, probably with a stop at Donkey Ford’s on the way back to his home.

One of his greatest accomplishments, although he wouldn’t put it in those words, was his work with Father Joe Young. Greg loved to tell the story about how they first met. Father Joe was raising money for the kids of Southill to help form a choir. When Greg asked him how much he had raised to this point, Father Joe admitted he had raised about a pound. Greg then asked him how much he was trying to raise. Father Joe said a thousand. Greg Lynch had the discretionary funds and promptly wrote out a check. This started yet another lifelong friendship with a Limerick man.

Greg always considered being in Limerick a high point of his career and was sad when after five years he returned to California. He did try to buy a house in Castletroy to put down roots but for one reason or another, the deal never went through.

Over the course of the last 30 years, he would return frequently to Ireland on vacations because that was his favorite spot in the world. If someone said they were going, he was more than happy to tag along.

He passed away in his sleep on July 10, 2017, surrounded by his family. He is survived by his wife, Audrey, his daughters Stephanie and Roberta, his son, Greg, two grandchildren and two great grandchildren.