Imigéin marks a ‘big jump’ for the National Folk Theatre 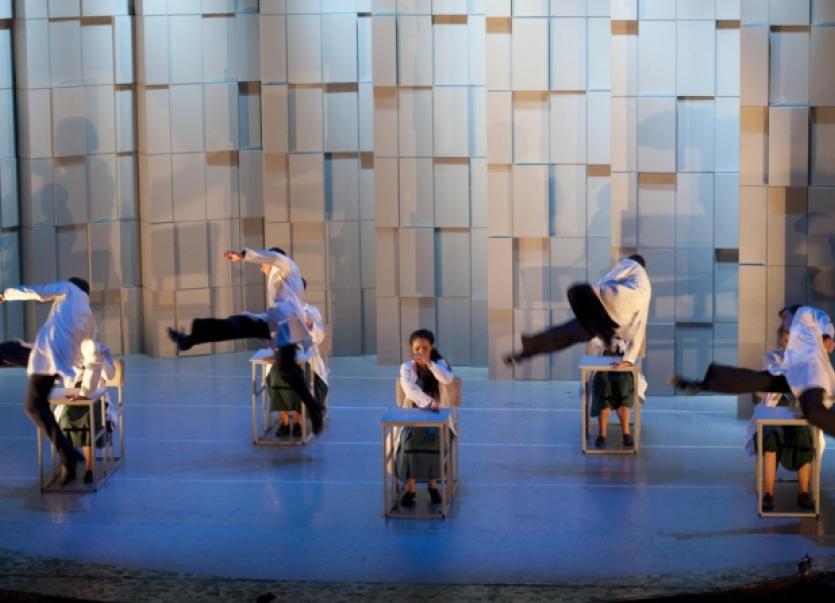 Loosely translated from the Irish, Imigéin means ‘a scattering of people across the land’.

Loosely translated from the Irish, Imigéin means ‘a scattering of people across the land’.

Siamsa Tire, the National Folk Theatre of Ireland, comes to Limerick this month with an exciting new production, one that deals with the age-old question of Irish emigration.

The theme might be familiar, but for Siamsa the production was an abrupt departure, pushing the folk theatre and especially first time director Joanne Barry far out of her comfort zone.

The result marked a “big departure” for Siamsa Tire.

“We took a leap of faith with this show,” admits Joanne, from Kilmoyley, who joined the National Folk Theatre in 1987 and has been a full time member since 2002.

“It was a very new departure for us, because it is not something we have done in the past, we have always stayed very close to the traditional style of Irish music - now and again we would branch out, but this was a big, big jump for us,” she says, referring specifically to the composer’s involvement.

Imigéin was premiered at the end of Siamsa’s summer run last year but this is the first time it will be performed outside of Tralee, funded by City of Culture and Road Bridge to come to the Lime Tree Theatre.

“It did and some of the time you are relying on old traditional songs and dances that would be there, that you can just turn on and use, but with this we were waiting to fuse the two at the same time.

“The music and dance were being made at the same time in collaboration with each other. It is a bit painstaking, but at the end, I think it is really worth it, because they are strongly connected.

“It is a big departure for us too in terms of how the show looks because we went with a designer who normally designs for opera.

“He designed this massive set, quite clinical maybe and boxy, which would be his style - but the reaction has been very good.”

Choreographer Sue Ellen’s involvement made sense for a story of new beginnings, one looking deep into the Irish experience of that search for home, the struggles and the triumphs.

“We have worked with her in the past. She is an amazing woman, she has got this experience herself, an Australian living in Ireland and just has a great connection with Irish dancing.

“She really got on top of that and helped us with her story to kind of express those feelings of leaving home. She has merged Irish dance with contemporary dance and rhythm and has done an amazing job.

“We use a very specific style of Irish dance from North Kerry. It is not your typical competitive, dare I say, Riverdance style, it is more fluid and loose and lends itself better to contemporary dance.”

Joanne admits that it was a “risk” to set out to take the theatre in a new direction, especially led by a first time director.

“You have to try and take a risk,” she said. “I think if you get along with the person you collaborate with, that is half the battle. I was lucky in that sense that they understood what I wanted, and we were willing to take a punt and go for it, and it worked out.

“It was a massive production. There is a great quote that says “the bravery only comes after” and it is true. I didn’t feel very brave during it, I kept my head and thankfully there was a lot of faith put in me and it paid off.”

Imigéin runs in the Lime Tree on Saturday and Sunday, August 30-31.