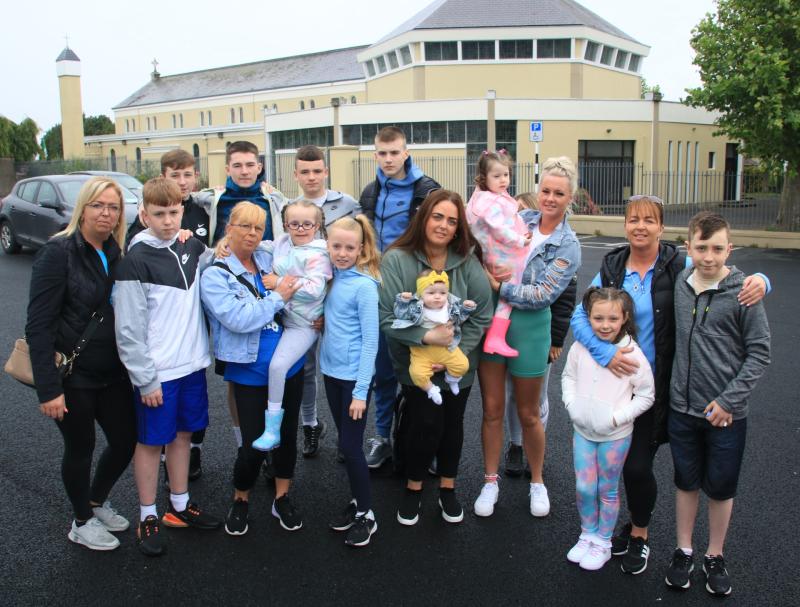 The family of Kevin Sheehy gathered earlier this month to mark the third anniversary of his death | PICTURE: Adrian Butler

A HIGH Court judge will rule later this month on an application by the mother of murdered Limerick boxer Kevin Sheehy for permission to bring a challenge aimed at preventing her son's killer from being transferred to a UK prison.

Tracey Tully, whose 20-year-old son was killed at Hyde Road Limerick on July 1, 2019 is seeking a High Court order preventing Logan Jackson, who is serving a life sentence for Mr Sheehy's murder, being repatriated back to England.

She has brought a judicial review action challenging Justice Minister Helen McEntee's decision to sanction the transfer.
Ms Tully claims the Minister's decision amounts to a breach of her rights as a victim of a crime.

The matter came before Ms Justice Siobhan Phelan this Friday.

The High Court previously directed that Ms Tully's application for permission to bring her challenge be heard on notice to the Minister.

Lawyers representing the Minister and Jackson, who is a notice party to the proceedings, claim that Ms Tully has not met the minimum threshold that would allow the court to grant permission and that the action should be dismissed.

Jackson is currently detained in Limerick Prison, and his proposed transfer has been put on hold pending the outcome of the action.

Following the conclusion of legal submissions from the parties Ms Justice Phelan reserved her decision.

She said that she intends to give her judgment on the leave application before the current legal term concludes at the end of July.

Mr Sheehy, an Irish champion boxer, died after being repeatedly struck by a vehicle driven by Logan Jackson of Longford Road, Coventry, England.

Last year Jackson was convicted of Mr Sheehy's murder by a jury at the Central Criminal Court and was sentenced to life imprisonment.

Following his conviction 31-year-old Jackson successfully applied to the Minister for Justice for a transfer from Ireland so he can serve out his sentence in an English prison.

Ms Tully claims that the Minister's decision and seeks an order from the court quashing the transfer.

She claims that if the transfer goes ahead, she fears she will not have any say, nor be able to make any submissions to the UK authorities when Jackson applies for parole.

She claims that if the transfer goes ahead any decision on a parole application by her son's killer would be in the hands of the authorities in another jurisdiction.

She claims that the Minister's decision to allow the transfer to go ahead is unconstitutional and an "abdication of the Irish state's responsibility to determine when a person serving a life sentence may be paroled."

In her action she seeks declarations including that the proposed transfer breaches her rights under the 2017 Victim of Crime Act and was made outside of the Minister's powers under the 2019 Parole Act.

She further seeks a declaration that the decision to transfer Jackson is unconstitutional as it removed the jurisdiction for sentencing Jackson from the Irish state and handed it over to another state.

Ms Tully's counsel Ciaran O'Loughlin SC with Arthur Griffin Bl, said it was their case that Ms Tully would have no say and that her rights under the 2017 legislation would be gone if Jackson's proposed transfer proceeds.

Counsel added that Irish legislation gives victims the right to be consulted on parole applications by their wrongdoers.

It is Ms Tully's case that those rights would be extinguished by Jackson's transfer to the UK, counsel added.

Anne-Marie Lawlor SC, with Elva Duffy Bl for the Minister, rejected the applicant's claims, and argued that the legal threshold to allow the court grant leave had not been met in this case.

It was denied that Ms Tully's rights have been breached.

Counsel also said that the Minister, who had sympathised with Ms Tully over her terrible loss, had lawfully approved Jackson's transfer. Ms Lawlor said the systems regarding the rights of victims regarding sentenced prisoners in Ireland and England do not mirror each other.

However, the UK system does allow input from victims of crime in relation to their wrongdoer's parole applications if they so wish, counsel said. 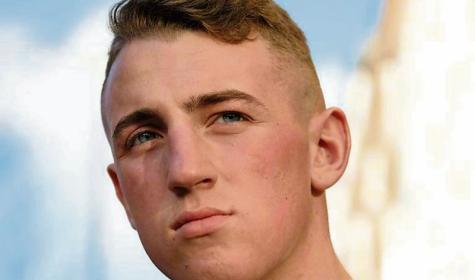 Counsel said that various agreements, including a European Convention, allows prisoners to be transferred from one country to another once that individual's sentence has been finalised.

Ms Lawlor said that once transferred the management, administration and enforcement of those sentences' rests with the host country. She further submitted that under the UK system the cases of transferred prisoners go before a Judge in the English High Court.

That judge, based on the circumstances of each individual case, will set a minimum tariff or period that a transfer prisoner must spend in prison.

Counsel said that in the UK those given life sentences can only apply for parole after they have served 15 years in prison. Under the Irish system those serving life sentences can make a parole application after 12 years, counsel added.

Jackson, who is represented by Mark Nicholas SC, said his client agreed with the Minister's submissions, and said that the transfer had been legally and properly granted by the Minister.