THERE were emotional scenes in Limerick tonight as the city remembered murdered boxer Kevin Sheehy.

On the day that Logan Jackson was jailed for life for the brutal murder of the 20-year-old, his family returned to Limerick following the sentencing at the Central Criminal Court in Dublin. 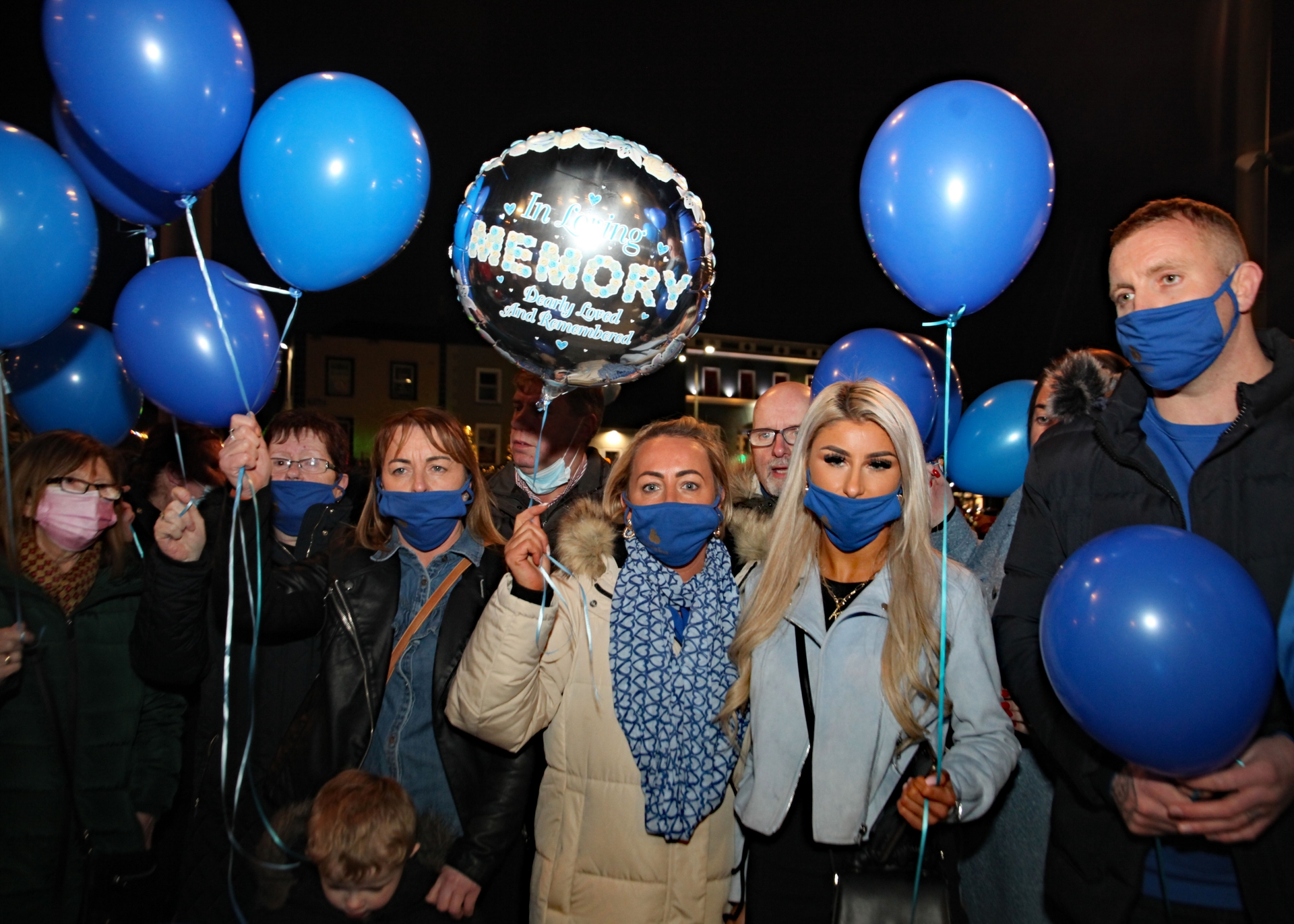 His mother Tracey, who had earlier in the day told the court that she has not had "a day off or a minute's peace to breathe" knowing how her son's life was taken in 2019, was visibly emotional, hugging other family members as she saw the turnout just before five o'clock this evening.

Hundreds of blue balloons were released into Limerick's night sky, signifying the colour of his beloved St Francis Boxing Club.

The event's organiser, Marcella Hogan, a former neighbour of the Tully family in Carew Park said: "It was a beautiful ceremony, great to see the community coming together, and a great turn out. We wanted to let the family know that Limerick had their back, they are not on their own. We are all here to support them at the end of the day. They've been through enough."

The soundtrack to the event was provided by local vocalist Shane Byrnes, who sang Tennesee Whiskey, Sweet 16, The World's Greatest and Superhero in honour of the young man, who was being primed for international greatness.

One of those in attendance, fellow professional boxer Lee Reeves - a close friend of Kevin's - said: "We should have been there to celebrate his European or world title win like that."

His pal described him as a "gentle giant, but an elite athlete with a brilliant boxing brain and explosive power".

"He was softly spoken and always up for a joke - we used to have some great times. But when it came to train and chase his dreams, you wouldn't find a young man his age more dedicated in town.

"He had the world at his feet," Moyross boxer Lee concluded.