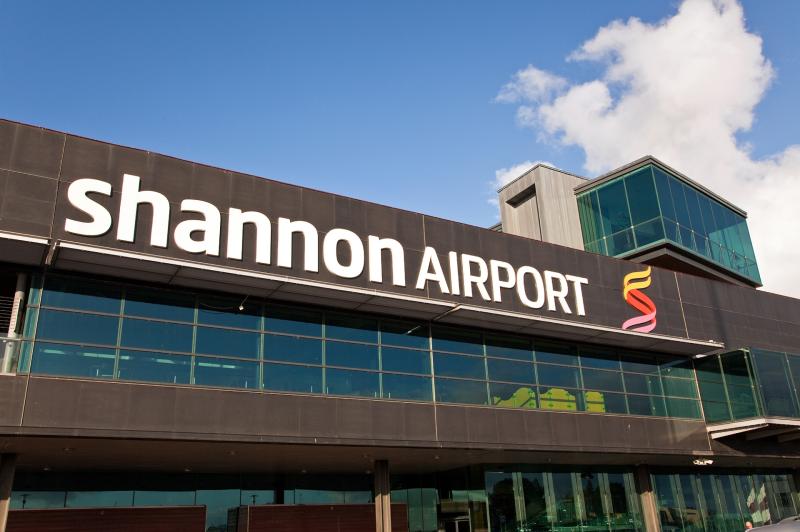 The trial relates to an incident at Shannon Airport on March 17, 2019

TWO American octogenarians charged with trespass and criminal damage in relation to an anti-war protest at Shannon Airport have asserted their actions were legal under international law and were also mandated by God.

Ken Mayers, aged 85, of Monte Alte Road, Santa Fe, New Mexico and Tarak Kauff, aged 80, of Arnold Drive, Woodstock, New York, have both pleaded not guilty to causing criminal damage to a perimeter fence at the airport on March 17, 2019.

They have also pleaded not guilty to trespassing the curtilage of a building with the intent to commit an offence or unlawfully damage property, and not guilty to interfering with the operation, safety or management of an airport, namely by entering a runway area, where they were arrested, and causing it to be closed.

On the third day of their trial, before Judge Patricia Ryan and a jury at Dublin Circuit Criminal Court, Mr Kauff admitted to damaging the fence.

"Yes I did damage the fence, I was acting on my own moral beliefs," he told prosecuting counsel Tony McGillicuddy BL, to which Mr McGillicuddy added "and breaking the law in doing so".

Mr Kauff replied that “the US government and the Irish government have been breaking the law. Irish people are sick and tired of their government cow-towing to the US. That is the issue here!"

He told the jury that some things were "mandated by God".

"There was a higher purpose here than the law which says you can't trespass, that you can't cut a fence," he said.

Mr Kauff said he had friends who had taken their own lives because of what they had done while in the US military.

"That is the real damage," he told Mr McGillicuddy. "Damaging a fence is nothing. Nobody died and I should expect that you should understand that as well."

Giving evidence both accused stated that the Irish Government was in breach of international law and Ireland's neutrality by allowing US military planes, and civil aircraft contracted to it, to transition through Shannon Airport.

"If a belligerent country lands in a neutral country, that country has an obligation under international law to inspect [the plane]," Mr Mayers said in evidence.

He told his defence counsel, Michael Hourigan BL, that the use of Shannon by the US military was part of the process of killing "many, many people".

Both defendants said they wanted to inspect a plane, which they said was an Omni Air plane, used to transport US military and which was parked on the airport apron.

Mr Mayers said he and Mr Kauff would be very happy if the Irish authorities inspected US planes, which they maintain was their own intention when they entered the airport.

Under cross examination by Mr McGillicuddy, Mr Mayers said he accepted that Ireland was a democracy. He said he had taken it upon himself to make an intervention that he knew would "violate some statute".

He said this was to prevent something worse. He accepted that by being on the airport runway, he had prevented planes landing and taking off.

Asked whether he had asked any garda, inside or outside the airport, any State official or any politician to have the plane inspected, he said he had not. He said he hoped that, by entering the airfield, he would persuade and encourage airport police and gardaí to inspect the plane.

"At times it becomes necessary to go beyond the laws of a State to get a point across," said Mr Mayers. "I decided to take action in defence of people who are seriously being attacked. . . I decided to break the law in order to serve a higher purpose."

He said his authority for his actions was "the obligation to do what is right".

As a member, with Mr Kauff, of the US-based Veterans for Peace, he was an habitual protester, said Mr Mayers, adding: "I have dealt with a lot of law enforcement officials over the years and I have never been treated better [than by the gardaí]."