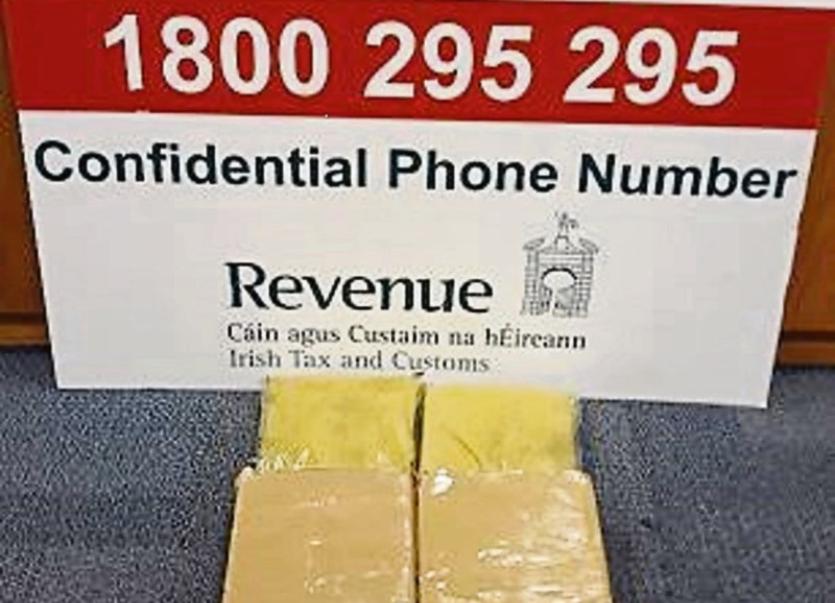 INVESTIGATIONS are continuing following the seizure of a significant quantity of Kratom at Shannon Airport earlier this week.

During routine operations on Tuesday, Revenue officers seized 4kgs of the cocaine-like substance worth an estimated €81,000.

Kratom comes from the leaves of a tropical tree which is grown in southeast Asia. It has cocaine-like stimulant effect which taken in low doses but can have a sedative-type effect when taken at higher doses.

According to the Revenue, the consignment originated from Luxembourg and was destined for an address in Mayo.

On the same day, Revenue officers seized over 2kgs of herbal cannabis worth at estimated €44,000.

The illegal drugs were discovered in four different packages in a freight consignment that originated in Milan, Italy.

All of the packages were destined for an address in Galway.

“These seizures are part of Revenue's ongoing work targeting the illegal importation of drugs and shadow economy activity. If businesses, or members of the public, have any information, they can contact Revenue in confidence on Confidential Phone Number 1800 295 295,” said a spokesperson.