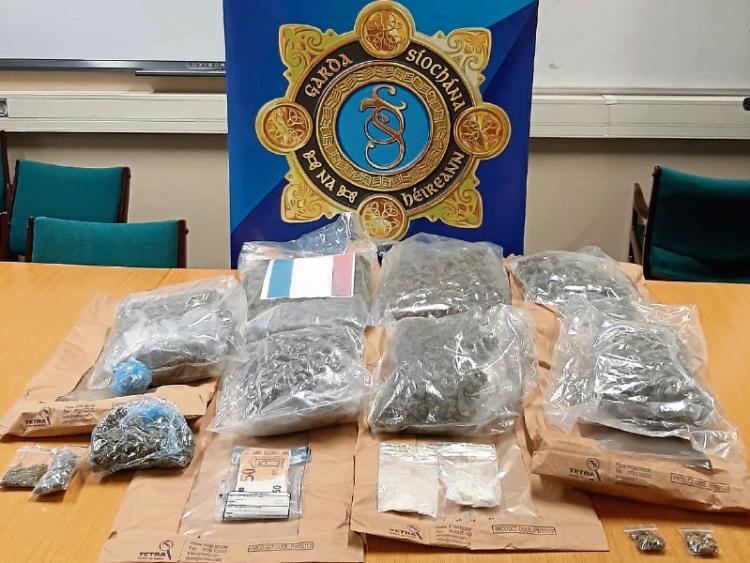 The drugs were seized during searches as part of Operation Overwatch | PICTURE: An Garda Siochana

GARDAI have arrested a man and a women following the seizure of significant quantities of cannabis and cocaine in County Tipperary.

The drugs, which have an estimated value of €100,000, were seized during a search operation in Lagganstown, Golden at around 10am this Thursday as part of Operation Overwatch.

“During the course of a search of a house, a large quantity of suspected cannabis and a smaller quantity of cocaine was discovered in a car located on the grounds of the property. Approximately €2,250 in cash and Items of drug paraphernalia were also seized during the course of the search. The suspected drugs will now be sent for analysis,” said a garda spokesperson.

A man in his 20s was later arrested at a separate location and is also detained under Section 2 of the Criminal Justice (Drug Trafficking) Act 1996 at Thurles garda station.

Operation Overwatch is local operation to combat the sale and supply of drugs in the Tipperary garda division.