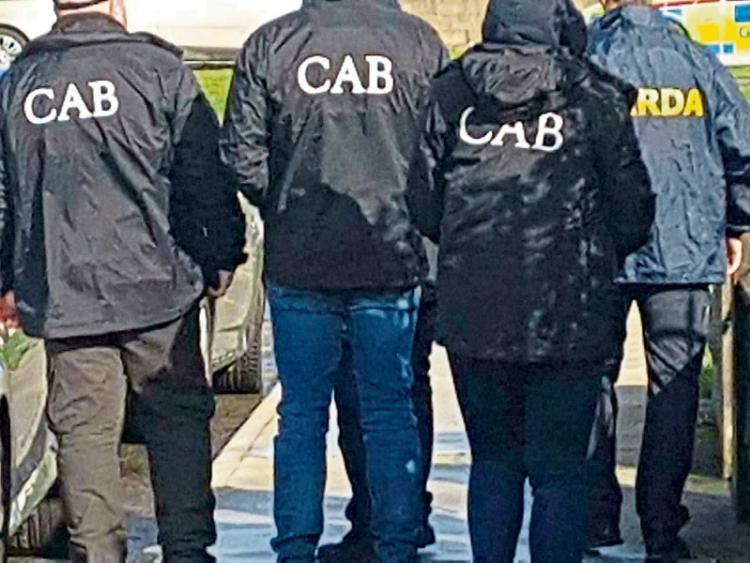 Members of CAB and gardai outside a house in Limerick this Thursday | PICTURE: Virgin Media News

A  NUMBER of premises in Limerick and across Munster have been searched by the Criminal Assets Bureau as part of an investigation into an individual involved in the provision of building services and unlicensed security services to the construction industry.

A Rolex watch, a high-powered 181-registered Audi Q7 SUV and various documentation were seized during the operation which also saw searches being carried out at premises in Counties Cork and Waterford.

A number of electronic storage devices were seized by CAB along with paperwork relating to business.

The coordinated searches, which began early this Thursday morning, were conducted under CAB Warrant as provided for in section 14 of the Criminal Assets Bureau Act, 1996 as amended.

“A total of nine searches were conducted across counties Limerick, Cork and Waterford. The searches included four residential premises, one business premises and three professional premises (Accountants, Architects and a Motor Dealership),” read a statement from the Garda Press Office.

“This is one of a number of ongoing CAB investigations relating to the extortion of monies for the provision of building services and unlicensed security services,” it added.

The evidence-gathering phase of the operation, which lasted for several hours, arises from investigations and information which has been developed by the divisional criminal assets profiler.

One of the houses which was searched is located on the southside of Limerick city and the Limerick Leader has learned that members of CAB who were assisted by armed and uniformed gardai spent several hours inside the house before leaving shortly before midday.

All of the materials seized from the various locations will now be analysed further and any evidence of criminal activity will be forwarded to gardai for further investigation.

While gardai have not commented further, it is understood the individual who is the subject of investigation has a number of previous convictions.