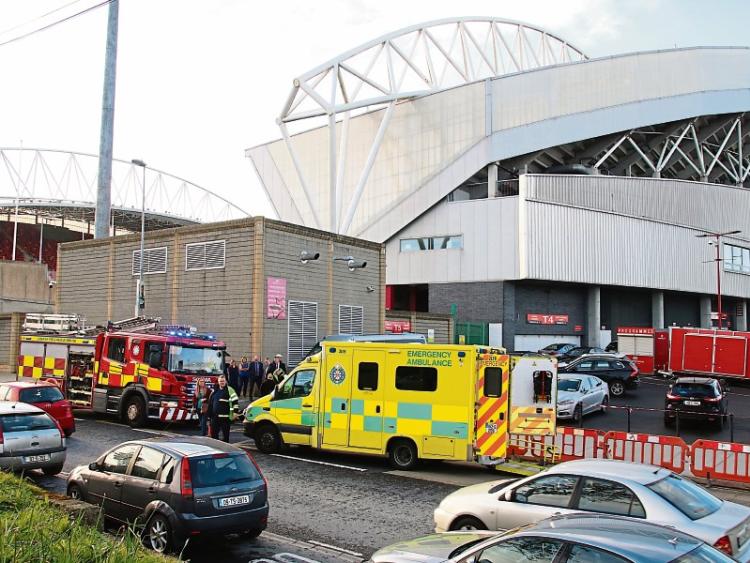 The scene of the accident outside Thomond Park | PICTURE: Adrian Butler

A TEENAGE cyclist is recovering after he was injured in a road accident near Thomond Park stadium on Thursday night.

The 14-year-old, whose bike was in collision with a minibus, was initially treated by personnel from Limerick Fire and Rescue who came upon the scene of the accident while returning to Limerick Fire Station having attended a separate call.

The incident happened shortly before 7.30pm and was witnessed by a number of people who were arriving at Thomond Park stadium for a Fine Gael Town Hall meeting ahead of this month’s plebiscite on proposals for a directly elected mayor.

Paramedics from the National Ambulance Service also attended the scene and the man was removed to University Hospital Limerick for further assessment and treatment.

While there are reports the may lost consciousness for a short time after the impact, his condition is not life-threatening.

Gardai attached to Mayorstone Park station are investigating the incident.