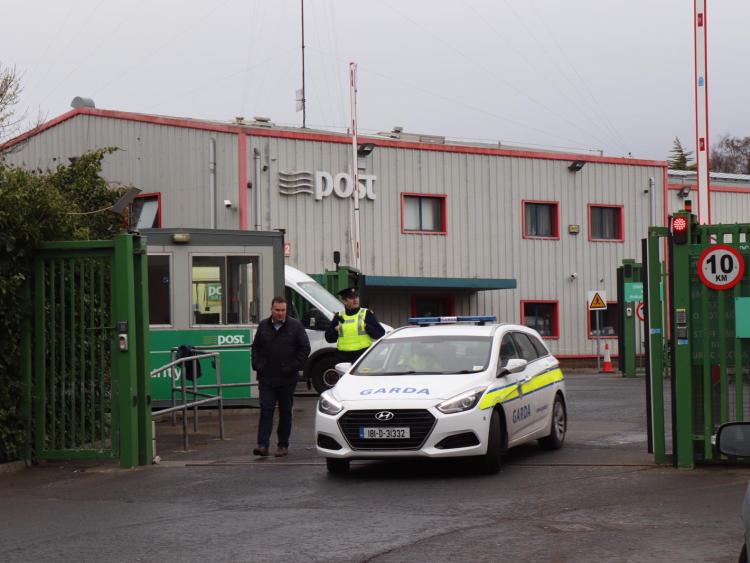 Gardai were alerted shortly after 6am

A DEFENCE Forces Explosive Ordinance Disposal team has arrived at the An Post sorting depot in Limerick where a suspicious package was discovered this Friday morning.

Gardai attached to Henry Street requested the assistance of the bomb squad following the discovery at the Dock Road premises shortly after 6am.

It's understood the letter, which arrived at the National Returns Letter Centre in the early hours of the morning, is similar to letters which were posted to a number of transport hubs in London earlier this month,.

The sorting depot was evacuated early this morning with around 100 staff being sent home for the day.

Gardai are maintaining a presence at the gates to the compound and a number of customers have been turned away.

A @dfpo EOD team has arrived at the An Post sorting office on the Dock Road where a suspicious package was discovered this morning @Limerick_Leader pic.twitter.com/kGaU3zM28k

The EOD team arrived from Cork shortly before 9.30am and it's understood inspections of the suspect package are continuing.

A garda spokesperson says no further information is available in relation to the discovery.