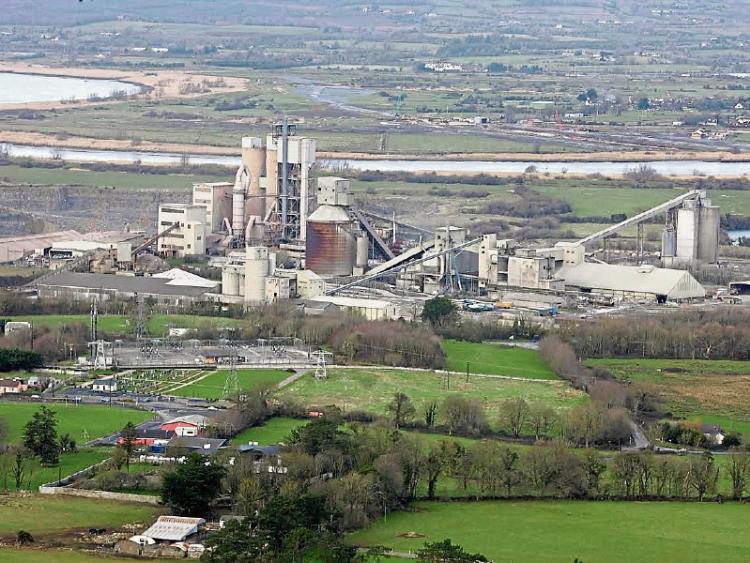 Irish Cement has been fined €4,000 relating to a dust spillage at its plant in Mungret a year ago.

The company was prosecuted by the Environmental Protection Agency in relation to an incident on December 3, 2017 which saw a large number of houses and cars covered in a “glue-like” limestone dust which emanated from the facility.

It’s was the fourth time the company had been prosecuted relating to incidents at its Mungret plant.

The spill of “raw meal” happened shortly after 10.15am  – less than two hours after staff at Irish Cement were alerted to a problem in the Kiln.

Limerick District Court was told 21 complaints were received by the EPA and that samples of dust taken from cars at two nearby housing estates matched dust from the Irish Cement plant.

During a hearing this Friday, EPA inspector Maria Lenihan said more than 2.5 tonnes of material had fallen nine metres after efforts to clear a blockage in the Kiln intake area were unsuccessful.

Solicitor Maeve Larkin, representing the EPA, said a number of those who made complaints expressed health concerns while others said they were considering moving out of the area because of what happened.

Ms Lenihan confirmed the dust was considered to be ‘environmental pollution’, as defined by the Environmental Protection Agency Act.

Solicitor Deborah Spence, for Irish Cement, said what happened was “a once off, very unusual occurrence” and a “a very isolated incident”.

She said the area of the plant where the incident happened was located in a different area to where other recent incidents happened.

Ms Spence said the company had immediatly informed the EPA of the incident and had moved very quickly to deal with the matter.

She said a “root and branch” analysis has been conducted and that “substantial measures” were put in place earlier this year to prevent any further incidents from happening.

While noting the company had pleaded guilty and that action has been taken, Judge Marian O’Leary commented it was the third time that people living in the Raheen/Mungret area “have suffered” in recent years.