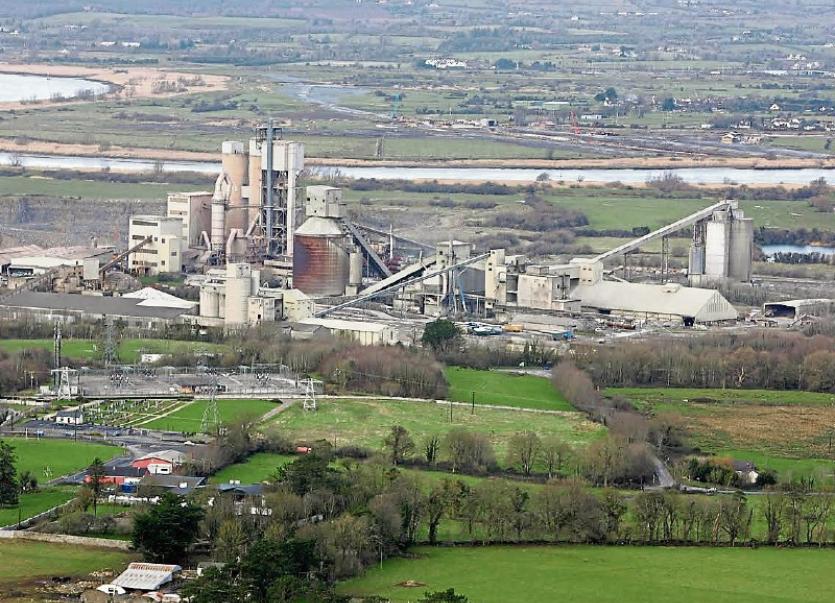 There was an alleged further blow-out at the Irish Cement plant over the weekend Picture: Press 22

A SPILL of raw meal from the Irish Cement factory in Limerick has caused a further dust emission from the plant.

Residents in the estates surrounding the factory in Mungret woke up to discover their cars coated with thick dust over the weekend.

The Environmental Protection Agency (EPA) is analysing samples of the dust from the plant.

A spokesperson for Irish Cement confirmed there was "a small spill of raw meal" at its factory.

“The kiln was stopped and the EPA was notified. There is no risk to the public arising from the incident,” a spokesperson said. “The company has been engaging with its neighbours.”

Sli na Manach resident Claire Keating, a member of Limerick Against Pollution (LAP), set up to campaign against Irish Cement’s €10m plans for Mungret, has criticised the firm.

“It seems they haven't learnt any lessons really from all their promises. We are just very annoyed. Coming up to Christmas, everyone is very busy, and very unhappy this is going on. It's not good enough. How can we trust them to manage this specialised process of incineration when they cannot manage incineration at the moment,” she asked.

In controversial plans, Irish Cement is seeking to switch away from using fossil fuels in Mungret, instead burning used tyres and solid recovered waste to make the substance.​

Ms Keating predicted around 200 people in the Sli Na Manach, Inis Lua, Grange and Ard Aullin estates were affected by the emission.

Local councillor Cian Prendiville said: “If it's true, and this is yet more dust from Irish Cement's factory, it just goes to prove what we have been saying from the very start. This is not just a mild annoyance of having to clean the dust off your car.

"For asthmatics, and those with respiratory illnesses dust in the air can be very dangerous. And dust is just the most obvious of all the emissions from this factory. At the very least, the continuous emissions monitoring on site should be done by an independent third party, not by Irish Cement themselves as is currently the case."