Limerick criminal jailed for having mobile phone in prison 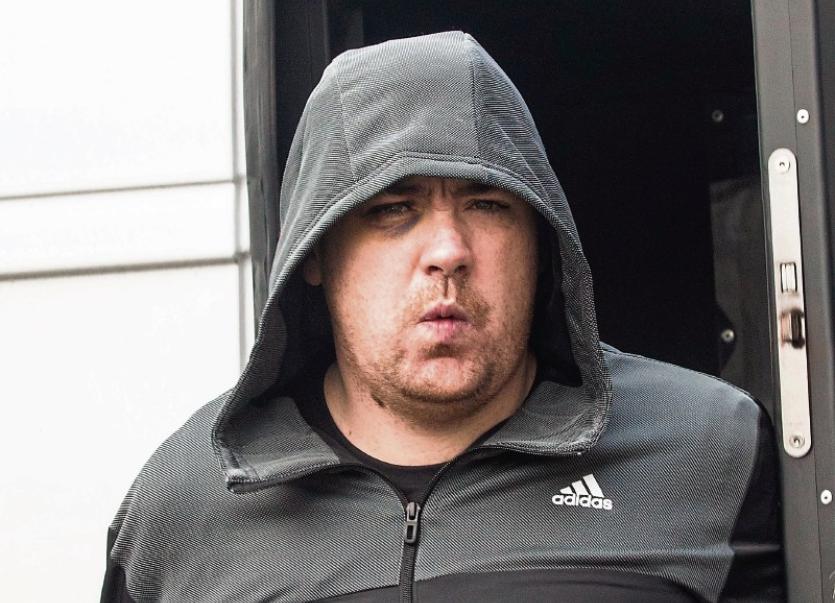 GANGLAND figure Gerard Dundon has been sentenced to one months’ imprisonment for having a mobile phone in jail.

Gerard Dundon, aged 32, with addresses at Prospect, Limerick and in the UK pleaded guilty when he appeared before Portlaoise District Court.

Detective Garda Michael Esmond gave evidence that on January 29 last a planned search was carried out at Portlaoise Prison and that while the accused was being searched a mobile phone fell from his person.

The detective said the phone was sent for analysis but nothing could be obtained from it, as the gardaí could not plug it in to access its contents.

The accused has 114 previous convictions.

Kenny Kerins BL said his client has been on remand since last year awaiting sentence on other matters.

Dundon will be sentenced later this month after he pleaded guilty, in July, to endangerment and possession of a sawn-off shotgun at a house in Bruff.

Mr Kerins said his client is a resident of England and had returned to Limerick for a boxing championship when he found himself in difficulty.

The barrister said the telecommunications device could not be used but that his client accepted it was a phone.

Dundon has been subjected to internal prison discipline for the offence. He has been removed from the general population in the prison, but has also lost his privileges.