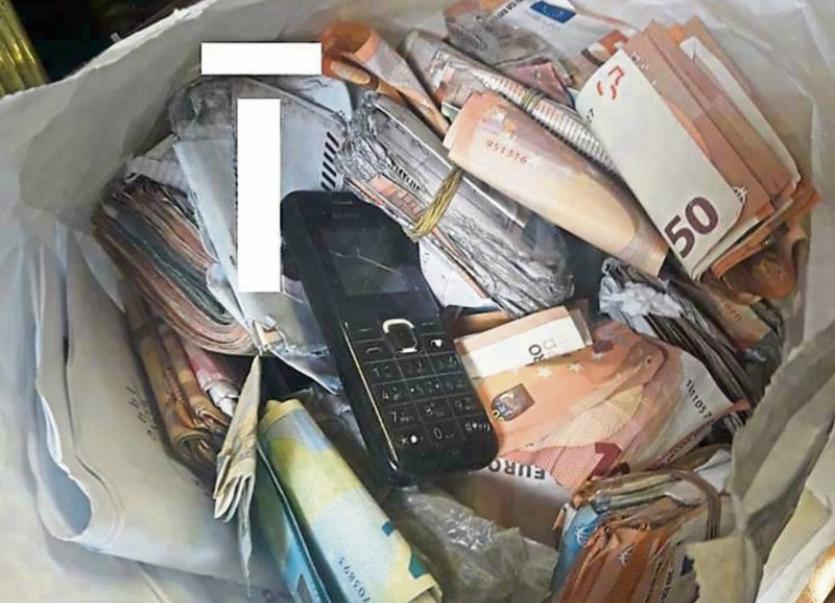 Gardai seized around €51,000 in cash during the search

A FILE is to be prepared for the Director of Public Prosecutions (DPP) following a significant drugs and cash seizure in the city earlier this week.

As part of a joint intelligence-led operation targeting the sale and supply of controlled drugs in the Limerick area, gardai accompanied by officials from Revenue conducted a search of a property on Monday afternoon.

During the course of the pre-planned search, controlled drugs including a large quantity of Alprazolam (Xanax) tablets and cannabis resin were seized along with around €51,000 in cash.

The drugs, which have an estimated street value of around €55,000, have been sent for forensic and technical examination at Garda Headquarters.

A mobile phone and other items were also seized during the operation.

A Revenue spokesperson confirmed a total of 3,160 illict cigarettes – branded Mayfair, Marlboro, West, L&M and Jim were seized during the search of the property.

During the course of Monday’s search a man, aged in his 50s, was arrested at the premises.

The suspect was taken to Roxboro Road garda station where he was being detained under the provisions of Section 2 of the Criminal Justice (Drug Trafficking) Act 1996.

He has since been released without charge pending further investigation and the preparation of a file for the DPP.

Investigations into the seizure of the cash, drugs and cigarettes are ongoing and it is likely gardai will seek a court order in the coming days allowing them to retain the cash to allow them make further enquiries as to its origins.

The cash seizure, which included notes and coins in various denominations, is one of the largest in the Limerick division so far this year

The seizure of the drugs is regarded as a significant blow to organised criminals operating in the city.