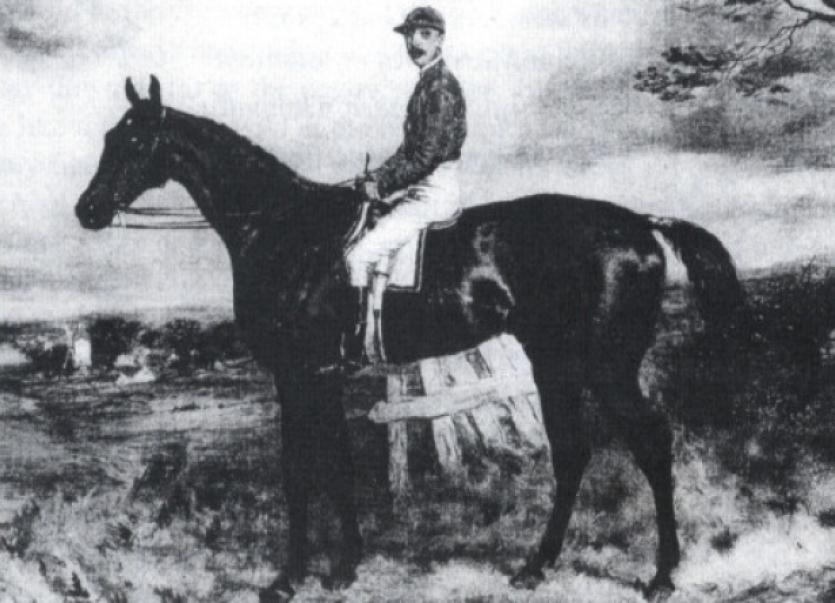 HORSES of all shapes and sizes have won the Aintree Grand National but Cappamore can boast it had the first Lamb.

HORSES of all shapes and sizes have won the Aintree Grand National but Cappamore can boast it had the first Lamb.

As Limerick people look forward to Saturday’s event we’d all like to back a horse like The Lamb, who jumped for fun and galloped all day.

It was bred by the Henchy family of Ballybricken, wrote Fr Liam Ryan in a brilliant piece in Ceapach Mhor 2007.

The Cappamore priest said that the foal was sent to be weaned and reared at McGrath’s of Towerhill, cousins of Mr Henchy and forbears of Andy Egan.

Mr Egan, who was recently presented with IFA honorary life membership, has a special four acre field on his land. Oliver Dillon, Cappamore Historical Society, said it was the field where the horse was broken.

“To this day the field on the side of the road in Towerhill is known as The Lamb’s field,” said Mr Dillon.

Fr Ryan said the tiny grey colt bore not the slightest resemblance to a future racehorse.

“His weedy appearance and meek nature lead to the breeder’s young son naming him The Lamb. Henchy Junior, who suffered from illness, treated the horse as a pet until the child’s premature death led to The Lamb being sold for £30,” wrote Fr Ryan,

To the surprise of everyone the horse began to win small flat races. He was offered for sale to an Edward Studd, whose Salamander won the Grand National in 1866.

“The horse is not fit to carry a man’s boots,” said Mr Studd scornfully.

An impressive victory in the Kildare Hunt Plate in Punchestown brought the horse to the attention of Lord Poulett.

He was an English nobleman determined to win the National after his horse finished second to Mr Studd’s in 1966.He bought The Lamb and booked George Ede to ride him in Aintree’s blue riband event. Standing barely fifteen and a half hands high the joke was that the horse would not be able to see over the fences let alone jump them. But everybody had to eat their words as The Lamb romped to victory at a tasty price of 9/1.

The following season the horse suffered from a wasting disease and it threatened to bring a premature end to his racing career. During that period Mr Ede had been tragically killed in a fall so Thomas Pickernell was booked to ride The Lamb in the 1971 National.

Once again he was written off wrote Fr Ryan but the horse won by two lengths.

“To finish at all was a marvellous achievement as The Lamb was under the massive burden for such a small horse of top weight of 12-7,” said Fr Ryan.